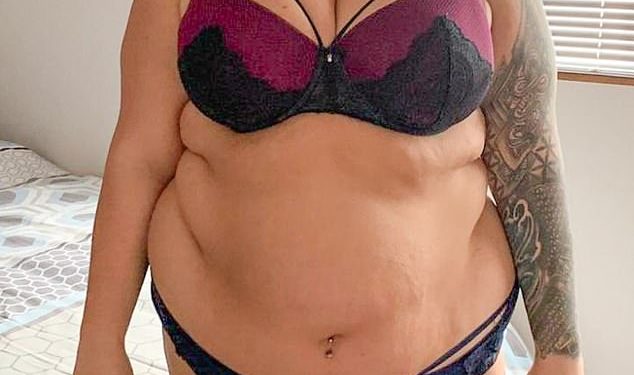 Jessie Jane O'Brien, 31, from Rossendale, Lancashire, was taunted by playground bullies who called her 'Jessie Obese' during her childhood.

This woman looks unrecognisable after dropping 13 stone and undergoing a £20,000 makeover.
Jessie Jane O’Brien, 31, from Rossendale, Lancashire, was taunted by playground bullies who called her ‘Jessie Obese’ during her childhood.In her 20s, she weighed 23 stone at her heaviest, but every diet she tried was unmaintainable.
Tire

d of her size 26 frame, Jessica underwent a gastric bypass through the NHS.
She went on to pay £20,000 for a tummy tuck, liposuction, various lifts including back and breast along with implants, most of which was just before her 30th birthday in September 2021.

Now, she now gleams with confidence as she enters a new chapter of her life weighing 10st 6lbs.
‘I used to hide behind my friends as I was embarrassed.
‘I never felt worthy but now I have found myself and couldn’t be happier.
‘But it hasn’t been easy to get to where I am today, it has been tough both mentally and physically.’

It took one year for Jessie to halve her body weight, but she was left with excess skin all over her body which prompted her to go for cosmetic surgery.
She has since been under the knife abroad three times; starting with a tummy tuck in Poland costing £5,700 in July 2020.

On arrival to the UK, Jessie developed an infection and required a three-hour surgery to remove it.