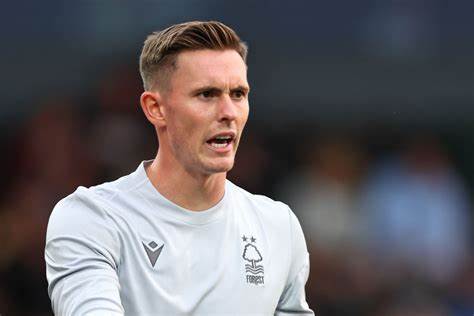 Nottingham Forest latest addition and Manchester United’s second choice goalkeeper Dean Henderson has made a revelation about his time at Old Trafford in an interview and why he pushed for a move out of the club.

In an exclusive interview with talk sport, the goalkeeper, Dean Henderson revealed how he was told he would be the first choice goalkeeper following his loan spell with Sheffield.

This had pushed him to squash any other loan deal plans he might have had at that time.

According to talk sport Dean said:

“To be honest, it has probably been the toughest 12 months of my career, It has been tough, hard, and I am so happy I have gone out the other end of it.

I am so excited to be at Nottingham Forest and ready to go. The conversation I had coming out of the Euros squad was ‘you’re coming back here to be the No.1.

I got COVID, came back, so I should have still been the No.1, but then unfortunately nobody followed through with what they had told me. It was frustrating because I turned down so many good loans last summer for that reason, and they would not let me go.

To sit there and waste 12 months, it is criminal really, at my age, I was fuming. I worked hard off the pitch and on the training pitch to keep improving, day-in-day-out, and now I am looking forward to the season with Nottingham Forest.

I didn’t really want the manager to come in and see me in training because I knew that he’d probably want to keep me so I tried to do it all before I left for the season.

I told the hierarchy that I need to be playing football, I don’t want to be here and play second fiddle, it was planned out. I was almost gone before the manager [Erik ten Hag] came through the door. I have not spoken to him since