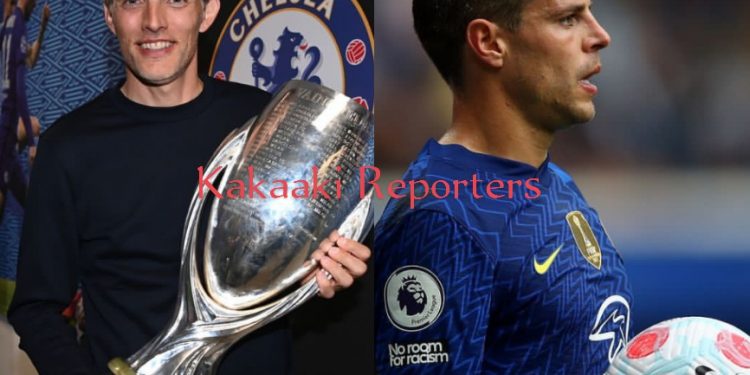 Thomas Tuchel in a press conference held , Friday, July 22, 2022, has opened up and shared his thoughts on Barcelona’s interest in Chelsea’s captain Azpilicueta.

Thomas Tuchel who has been silent over the interest of Barcelona in Azpilicueta and Alonso in the press conference opened up for the first on where he stands on the issue and what he thinks  of the proposed move.

Tuchel revealed that he was a little annoyed that Barcelona have been looking for a way to get Azpilicueta to join the Spanish outfit.

According to Fabrizio Romano, Tuchel revealed;

“Maybe I’m a little bit annoyed with Barça. But I do my best for Chelsea. I said that to Azpilicueta, he doesn’t like it – but he understand. It is tough for him because the other club [Barça] is permanently on him”