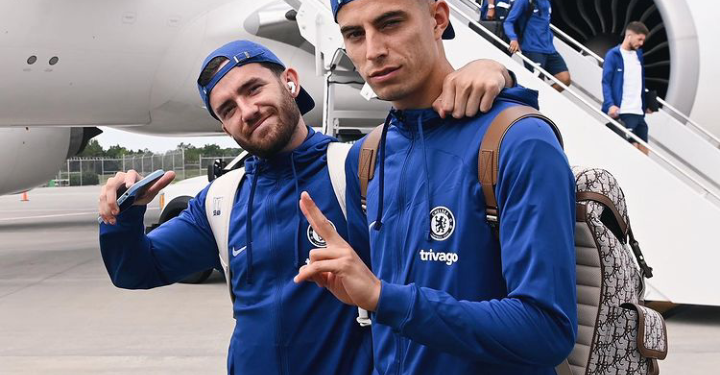 As the season is set to kick-off, four players of Chelsea Football Club have been confirmed injured by the manager of the club, Thomas Tuchel.

The German was speaking after the club’s defeat to Charlotte FC in the pre-season game. Tuchel gave reasons for the omission of the first-team players; Timo Werner, Cesar Azpilicueta, Ross Barkley and Kepa Arrizabalaga.

‘Why I Came To Chelsea ‘–Chelsea FC, Kalidou Koulibaly

Timo has some hamstring problems so l we didn’t take the risk tonight. Kepa has had some pain that was disturbing him to feel free in movements, nothing too much but we didn’t take the risk. Azpi took a big knock above his knee on his muscle in training. He ran into Edou ( Mendy) in am accident and is in some discomfort but if it was a premier league match then I think we would have taken the risk. We just felt that today it was not worth it in case he did any further damage and is out for another three or four days. Ross has felt his hamstring for a few days now, the same like Timo. It is more of a discomfort than an injury but like the others, we didn’t think there was a need to take a risk at this stage lf the pre-season.

Chelsea lost the game 5-3 on penalties, playing 1-1 in regulation time, Christian Pulisic opened the scoring for the Blues in the first half before the host got an equaliser in the last seconds of the second half from the penalty spot.