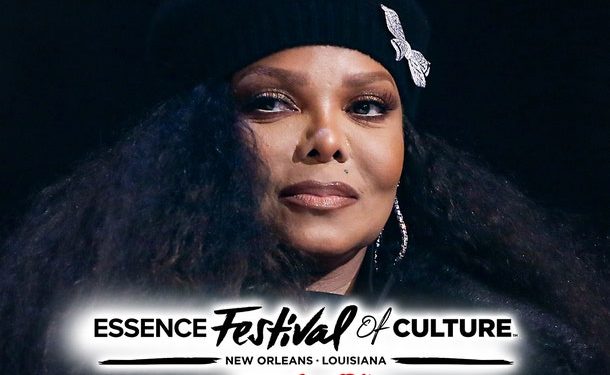 ADVERTISEMENT
Janet Jackson was not impervious to technical difficulties that plagued Essence Festival — losing audio midway through her performance … but powering through to kill it regardless.
The singer was one of the big headliners at the NOLA concert series this weekend at Caesars Superdome … where TONS of huge stars performed in an event comparable to Coachella. What was also comparable … audio issues often experienced in a live show.

Mid performance, Nicki thanks everyone & mentions how there were technical difficulties but she still came out for the fans. #ESSENCEFest #essencefestival #barbz #NickiMinaj pic.twitter.com/dBO47Uz9hP

Now, it’s worth mentioning … there seemed to be quite a bit of sound issues throughout the past couple days of acts — including some complaints about Halle and Chloe Bailey’s set, with folks saying their levels were off and that they sounded funky to the live audience.

The audio for C/H were the least of some people’s concerns though … even more viewers at home were pissed that Hulu only live-streamed their very last song … a recurring theme for the festival — namely, who subscribers watching on Hulu actually got to see.

Okay now I feel like we gotta drag bc why the sound not right either, y’all really got Chloe x Halle fucked up 😒😒😒 #ESSENCEFest pic.twitter.com/e2xcRhTd1Z

This was perhaps most notable during Friday’s show, when Nicki Minaj was the headliner for the night … even though her performance didn’t end up making it onto the Hulu broadcast.

Angela Yee — who was on hosting duties that night — noted they weren’t going to be able to show Nicki’s set for audiences at home, citing “circumstances beyond our control.” NM did indeed perform … and she aired out her frustrations with whatever was going on BTS.

In light of Nicki’s mishaps — as well as other artists here and there — many were daring Essence/Hulu to screw up Janet’s set (jokingly), saying there’d be problems if they did.
Welp, they did end up screwing the pooch a little bit for JJ after all … but no harm, no foul. She carried on like a pro, and appears to have put on a helluva number for everyone.
Hopefully they can get it together for the final night!