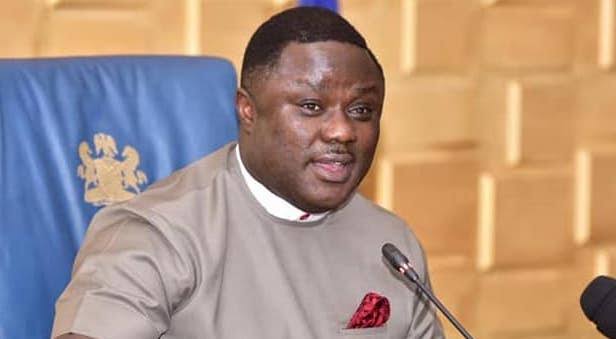 Following out break of war between the Nko people, Yakurr LGA and their neighboring Onyedama Community in Obubra LGA of Cross River State, over a stretch of land, residents of Nko Community who at a moment been displaced and taking refuge in bushes and neighboring Communities of Yakurr LGA have counted their loses.

They IDPs counted their loses when a delegation of Nko Community stakeholders in diaspora led by Dr. Akpama.mbang visited Nko community in different locations to distribute relief materials to the displaced persons during the weekend.

Items distributed by Nko people in diaspora to the internally displaced, includes,bags of rice, beans, garri, palm oil, salt , detergent and cartons of indomies worth which worth millions of naira.

The displaced persons who fled their ancestral home and took refuge in incompleted buildings, church premises in neighboring communities of Ekori, Asigha and other nearby villages called on Civil Society Organizations CSOs, NGOs and public spirited individuals to come to their aids, given the level of hard times and economic hardship that they now suffered as a result of distruction that came with the civil unrest.

The displaced persons point accusing fingers on the military authority for clamping down on the natives for daring to engage in civil unrest.

Speaking on the issue, during the distribution of relief materials to victims of the civil unrest from Nko stakeholders in diaspora led by chief Mbang Akpama at the community village square at weekend, a Community residents, Nnanke Ofem said with assistance she can bounce back to her feet irrespective of losses incured.

Line Of Sight David And Goliath Ekweremadu: From Saving Angel to ‘Frenemies’

Among what she lost as a result of the war is her one hectare of yam farm which according to her may have been destroyed by enemies of the community.
Nnanke also stated that her shop was raised down by soldiers who were supposed to act as mediators but turn out to add salt on an injury.

Among other things lost by residents of the community includes their domestic animals and buildings which they accused the soldiers of destroying during their stay in the community.

While lamenting how she lost the only legacy which she inherited from her husband, one the displaced persons Mrs. Estella Ikpi, said, “I have been stripped necked, the only property which I should have used to remember my late husband, is the building left behind for me and my three children all brought down as a result of the crises”.

“My poultry farm with all the birds that were stocked before out break of the crises all gone “! I don’t know how and where to start again.

“My children have dropped out from school due to outbreak of communal clash.

Mbang urged the community residents not to be afraid but return back home to continue with their lives as effort are being made to get several issue addressed.
” We are here to distribute relief items to you people hoping that all would be well once again after the crises. It is well.

‘It would be okay, just remain calm while we do everything within our reach to ensure that government asked the soldiers to leave our land so that life can return to normal in our community”.Akpama stated.

While commending the community stakeholders in diaspora for the show of love, by making available the food items, to the displaced persons, one of the internally displaced persons, Mrs Sarah Edet who claimed to have lost her dear husband to the crises, called on the community stakeholders and relevant authorities to do everything within their reach to ensure that soldiers don’t return to their land any longer.

“As the Soldiers are gone away from our community, let them go for ever, we don’t want their presence anylonger in our land, let them go to their barracks, so that peace can once again return to the land.

“While recounting the loses incured, ‘My farmland, my goats, my rice field, am supposed to be weeding grasses in my farm where i cultivated yams and other consumable crops. But the hostility in the land cannot allow me do so.

“Besides farmland, my children who are supposed to sit for external Examination just can’t seat for the Examination because of the hostility in the land.” Sarah stated.

Also counting his loses, faced as a result of the civil unrest, one of the residents Mr. Stephen Ewa, lamented how he had lost one of his uncle’s who is like a pillar to his paternal family to the war.

Ewa who could not state categorically if his uncle died as a result of being hit by a stray bullet stressed that dead of his auncle has brought pain and misery to his life.

The community residents had last week accused soldiers sent to the NKo Community to help quell down hostility in the warton area, unfortunately, the soldiers were accused of apply unprofessional tactics to quell down the crises, a development which stakeholders of Nko Community alleged caused pain to the community locals.

Reacting to the allegations, director of Army Public Relations Brig.Gen.Onyema Nwachukwu in a text message to journalists debunked the allegations stressing that at no time has soldiers on duty ever deploy unprofessional strategy to quell down the hostility in Nko.

“The troops did not conduct themselves unprofessional. Troops were legitimately deployed to restore law and order in a communal clash between Oyadama and Nko communities.

” The troops were attacked and shot with fire arms. The five personnel who are critically wounded are currently under intensive medical care unit” Onyema stated.