#Russian-UkraineWar: President Buhari Stresses Need For Increased Cooperation In Oil And Gas, Others With Portugal 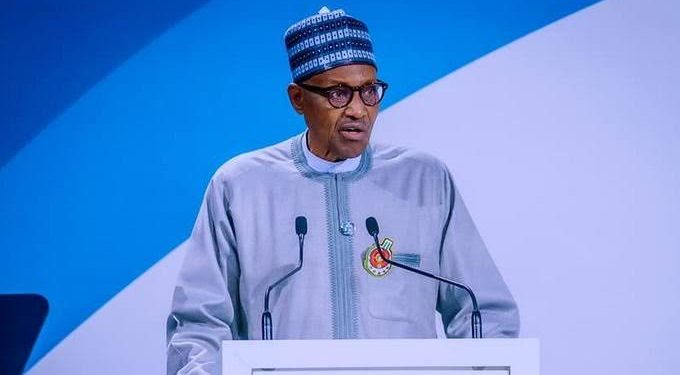 President Muhammadu Buhari Thursday in Lisbon, Portugal, indicated that Nigeria is ready to fill the natural gas gaps in Europe predicated by the current Russian-Ukrainian war.

The President also said with over 200 million mainly young people, Nigeria is ready to be the hub of the African Continental Free Trade Area (AFCFTA).

In his statement on areas of cooperation between Nigeria and Portugal delivered at the Presidential Palace in Lisbon, President Buhari urged Portugal to consider Nigeria as a valued and trusted partner in Africa.

‘‘At a time the world is going through turbulent times, we feel that a strong friendship and partnership between Nigeria and Portugal can act as a force for good.’’

He listed the areas of cooperation and collaboration as follows: oil and gas, tourism and hospitality industry, air travel, security and joint commission.

On oil and gas, President Buhari said with the current Russian-Ukraine war, increased cooperation in oil and gas between the two countries has become vital to avoid crisis in the demand and supply chain, even as Nigeria is already a major supplier of gas to Portugal.

On tourism and hospitality industry, President Buhari explained that Nigeria had huge potential in the sector and would like to benefit from the enormous expertise of his hosts in this area as shown in Portugal becoming a prime tourist destination.

On air travel, the President emphasized the need to sign a Bilateral Air Services Agreement (BASA) and quickly establish a direct air link between the two countries.

He noted that cooperation between the two counties in this area is vital for increased trade and investment, tourism promotion, people-to-people contact as well as social and cultural engagement.

Affirming Nigeria’s renewed commitment towards the fight against terrorism in the Lake Chad and the Sahel Region, the President told his Portuguese counterpart that Nigeria would welcome the support of the Portuguese Government through intelligence and information sharing, weapons and training of security personnel of member states.

‘‘We believe that the establishment of a Joint Commission will help to promote the full realization of the objectives of our bilateral relations.

‘‘The Commission would facilitate the institutionalization of cooperation mechanisms and permit the elaboration and implementation of concrete, specific and viable projects and programmes for the benefit of our people.’’

Furthermore, the President added that Nigeria and Portugal can cooperate closely on a range of agricultural and renewable energy projects.

‘‘Nigeria recognizes Portugal’s comparative advantages in the fields of renewable energy and pharmaceuticals which are also priority areas for Nigeria.

‘‘Other areas of cooperation which are of importance include; the Establishment of an Atlantic Research Centre; Political Consultations; Diplomatic Training; Cultural Cooperation; Investment Promotion; Chambers of Commerce Cooperation; Women and Child Development; Youth and Sports Development and Digital Economy Cooperation.

‘‘That is why we look forward to signing Memoranda of Understanding and Cooperation Agreements in those areas,’’ he said.

Earlier at a ceremonial welcome at Praca do Imperio by the President of Portugal, President Buhari had laid a wreath at the tomb of Luis Vaz de Camoes, the national poet, at the Mosteiro dos Jeronimos. The Monastery of Jeronimos is one of the most decorative churches in Portugal. The body of the famous explorer, Vasco da Gama is interred in the lower chancel, just left of the entrance, opposite venerated 16th-century poet Luís Vaz de Camões, popularly perceived as Portugal’s Shakespeare.

From the upper choir, there’s a superb view of the church; the rows of seats are Portugal’s first Renaissance woodcarvings. The President’s State Visit officially started from here, received by President Marcelo Rebelo de Sousa featuring an impressive military parade and a guided tour of the Monastery.

The Nigerian leader was also conferred with the Portuguese National Honour and decorated ‘Great Collar of the Order of Prince Henry.’