Economic Challenge A Huge Burden For CBN To Bear 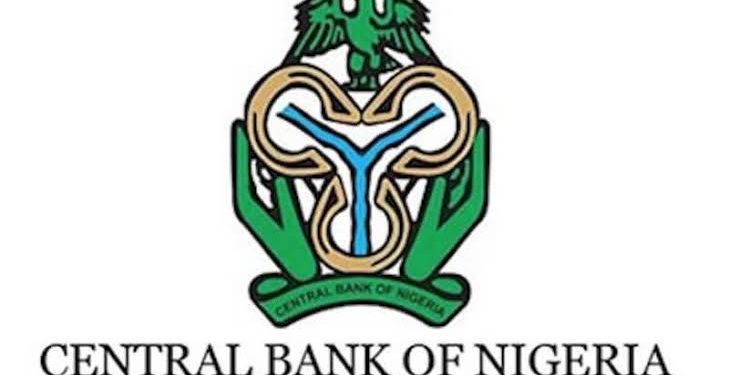 That the economy is severely challenged is an obvious truth. That some economy managers seem clueless on what to do is also an undeniable truth, even the federal government is complicit. Dubiously too, the government is hinging the nation’s economic morass on the ongoing Russian -Ukraine war. The invasion started in February 2022, curious to be attributed as one of the causes of Nigeria’s economic woes. Nigeria’s economic malaise predates the invasion.

Nigerians, particularly in the last two decades, have been groaning under economic hardship caused by mismanagement by successive administrations. The last decade years has been hellish for Nigerians

There has been heightened insecurity in every region of the country. Major food belt areas have been decimated by Boko Haram/ ISIS/ISWAP criminal elements. Virtually what used to be ‘luxurious’ items to the masses have fast been taken away. Prices of food items have soared; banditry has become a menace we have to live with, as it seems apparent that the security agencies lacked the capacity to deal with. Even the political class, especially the politicians seem to have lost reality with the environment as they drunkenly wallow in their ‘stolen’ wealth oblivious of hunger, pains and frustration pervading the society.

The economy is so battered that the local currency, the Naira, is fast becoming what the late Ugandan dictator, Idi Amin Dada called ‘toilet paper’, exchanging at N600/1US$. And with the Naira’s predicament, the economy has become dollarized.

The nation has been battling with fuel scarcity for over three months coupled with nationwide blackout due to incessantly collapsing national grid. Diesel and aviation fuel prices had gone skyrocketing crippling businesses and affecting movement. Banditry has become intractable, making people vulnerable to armed robbery attacks, kidnapping and other vices. Government owned universities have been under lock for over three months due to strike by the university lecturers (one has lost count of this embarrassing and future/career limitation strikes), kidnappers have taken over the roads and rail tracks, farmers have abandoned their farmlands to avoid being killing by the hoodlums, (though many have not been lucky), and poverty reigns in the country.

We got to this sorry state because of mismanagement of resources, lack of focus, misplaced priorities, as well as being at the whims and vagaries of international price of crude oil that we have no control over. Oil unfortunately is Nigeria’s major revenue earner. Failure of successive administrations to walk the talk of economic diversification mooted over four decades ago was responsible – neglect and abandonment of agriculture and non-oil sectors that once made the country wealthy and prosperous.

However, one man started the campaign to relive the mission of economic diversification about seven years ago, soliciting the support of Nigerians and stakeholders, deploying resources and policies to berth his vision. Godwin Emefiele, the Central Bank Governor of Nigeria gave this hope through many of the programmes enunciated to return Nigeria back to agriculture. The most popular of them, the Anchor Borrowers Programme, was most embraced by Nigerians, culminating in the suspension of 43 items from forex official window. These are products that can be produced locally. A huge, and successful programme, though not without challenges.

The uncommon patriotism in Emefiele was at play during the COVID-19 pandemic, rallying stakeholders to rescue the economy from the adverse effect of the virus. The Coalition Against COVID (CACOVID) played a yeoman’s job that insulated the economy from total collapse, though it went into recession, the policies and programmes deployed were potent to rescue it.

‘We Took Her To Hotel, Drug Her With Yoghurt, Stab Her To Death, Sell Her Baby For N150K’–Abia Murder Suspects Confess

Making another step towards achieving the objective of economic diversification, he launched RT200 FX Programme in February 2022. It is an initiative of his collaborative effort with the Bankers’ Committee aimed at raising US$200bn in non-oil export over the next 3-5 years. The programme is anchored on five pillars – Value-Adding Export Facility, Non-Oil Commodities Expansion Facility, Non-Oil Forex Rebate Scheme, Dedicated Non-Oil Export Terminal, and Bi-annual Non-Oil Export Summit.

As one of the cardinal objectives of the policy, the CBN Governor made good his promise by organizing the maiden edition of the Bi-annual Non-Oil Export Summit in Lagos, on Thursday, June 16, 2022, held to rub mind with stakeholders in the agriculture and non-oil sector value chain.

Emefiele told his audience that the ongoing Russian invasion of Ukraine has further exposed the fragility of the Nigerian economy which thus call for the need to urgently source for another source of revenue, more so that the nation’s current sources of revenue, oil, is unreliable and prone to vicissitude of global economic development, coupled with global economic realities that had impacted food production among others. These vagaries, undoubtedly, have made macroeconomic management arduous.

The precariousness of the economy therefore calls for a more diversified economy with capacity to earn adequate, sufficient and sustainable revenue for the economy, as it has become obvious that despite the potency of monetary policy, it can no longer bear the burden of the expected adjustments needed to manage the challenges of the Nigerian economy.

As the uninformed public often blame the nation’s banker for the woes of the Naira, they also failed to realise that there has not been a visible and commensurate level of policy deployment from the fiscal side to complement the monetary policy efforts to ginger the economy.

The fiscal authority has not been able to address the issue of insecurity, infrastructure deficit, power, and energy challenges despites the CBN supportive interventions. The Governor lamented that though the Bank had been working strenuously to manage both the demand and supply sides of the foreign exchange obligations, the current situation however, are combination of both local and global factors as COVID-19, Russian invasion of Ukraine, banditry and insurgent in virtually all the six-geo political zones among others, which made imperative the convening of the summit for an urgent design of supportive, structural and complementary broad based fiscal policies that are focused to complement the effort of the monetary authority.

Emefiele used the forum to once again called on stakeholders, especially, the banking community, to gear up and support exporters that have been flying the flag of the nation internationally. The CBN Governor though did not mince words about obvious enormity of the objectives of US$200bn in non-oil exports over the projected period, he was optimistic that, “we would follow the best practices of other countries and ensure that we protect ourselves a little from factors that are beyond our immediate control. This is the time to start working in synergy for the good of our nation. This is the time for us as a banking community to do more and support exporters who have been flying the flag of Nigeria in the international market space.

Obviously elated Godwin Emefiele told the gathering that his optimism on the success of the programme was based on empirical evidence that showed that within the short period of implementing the Non-Oil FX Rebate Scheme, Nigeria recorded significant increase in non-oil export repatriation with eligible exporters smiling home with over N3.5bn in rebate.

With the fiscal authority heeding his call for implementation synergy, policy harmonization and focused execution plan with the monetary authority, Nigeria may be heading to her glorious era once again.