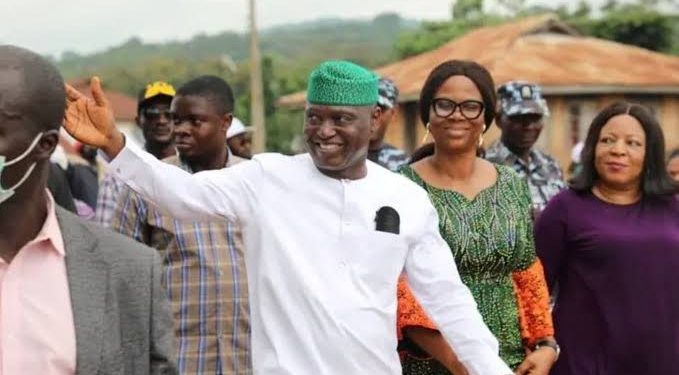 President Muhammadu Buhari has congratulated Biodun Oyebanji, the candidate of the All Progressives Congress (APC), as he is declared Governor-elect in Saturday’s  Ekiti State Gubernatorial election.

Mr. Femi Adesina, Special Adviser to the President on Media and Publicity, conveyed his boss’ congratulatory message in a statement he issued in Abuja on Saturday.

Abiodun Oyebanji, candidate of the All Progressives Congress, emerged the winner of the 2022 Ekiti governorship election.

Oyebanji was announced as the winner by Kayode Adebowale, returning officer for the election, after amassing a total of 187,057 votes.

“Oyebanji, having scored the highest number of votes is hereby declared the winner and returned elected as the governor-elect of Ekiti State,” the returning officer said.

The election recorded low turnout with less than 40 per cent of the registered voters coming out to vote.