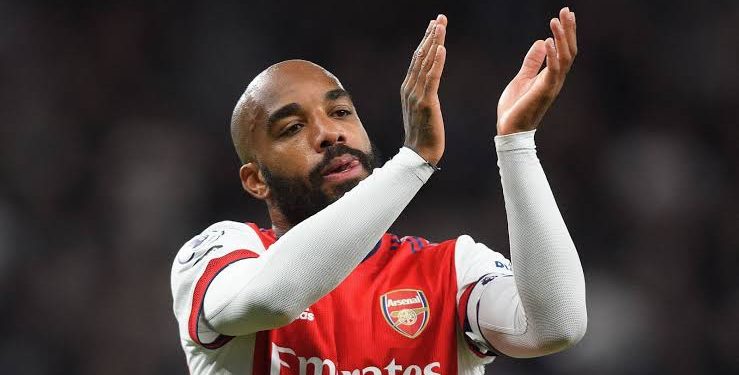 The Gunners confirmed the departure of Alexander Lacazette at the end of his contract which expires on the 30th of June 2022. According to reports from the club, both parties failed to reach an agreement on a new contract.

The club’s manager, Mikel Arteta appreciated the work that Lacazette put in for the club during his time at the Emirates.

Laca has been a fantastic player for us. He’s been a real leader on and off the pitch and has been a very important influence to our younger players.His commitment with us has been exceptional and we wish him and his family success and happiness.

He scored a total of 206 appearances for the Gunners finding the back of the net 71 times.

'Please Keep Your Distance Or Else, You Go Collect O'–Nollywood Actress Laide Bakare To Colleagues