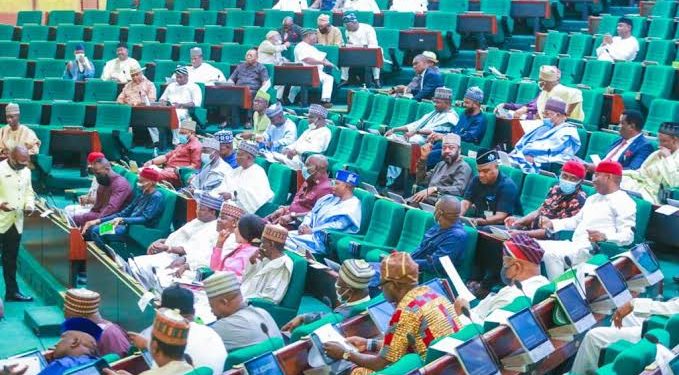 The House of Representatives has urged the Chief of Army Staff (COAS) and the Inspector-General of Police (IGP) to fish out bandits and secure Takum Local Government Area of Taraba.

The resolution was sequel to the unanimous adoption of a motion by Rep. Danjuma Shiddi (PDP-Taraba) and Rep. Kwewum Shawulu (PDP-Taraba) at plenary on Wednesday.

Moving the motion, Shiddi recalled that on May 10, bandits/terrorists attacked Tati village in Takum LGA of Taraba.

He said that Tati, a farming community, was razed down by bandits who arrived in the area the previous night.

The lawmaker said that in response to several distress calls made by the residents, security agencies mobilised scantily to the area.

“The bandits ambushed the security agents who were outnumbered and in the face-off, six soldiers were killed; this was after the bandits had earlier killed a policeman at a check point and other civilians at Tati; the Commander of the 93 Battalion is missing in action.

“Others are Bassang, Fawen, Kashiten and Muji in Takum and Ussa local government areas and killed over 46 persons without any serious challenge.

“These bandits are increasing their reach and destabilising more parts of the country; these bandits operate in very large numbers and in this instant case, less than 20 military men are confronted by over 300 well armed bandits,’’ he said.

Shiddi said that the persistent and consistent killings of security personnel and civilians might dampen the morale of soldiers and encourage the bandits to cause more havoc.

The lawmakers also urged the intelligence agencies to take steps to fish out the sponsors, to make them face the law.

The house urged all branches of government to ensure that the shortage of men in the armed forces was urgently addressed.

The lawmakers called on NEMA to urgently provide assistance to members of the affected communities in Takum, to cushion the effect of the attack.

In his ruling, the Deputy Speaker of the House, Rep. Ahmed Wase, mandated all the relevant committees to ensure compliance.