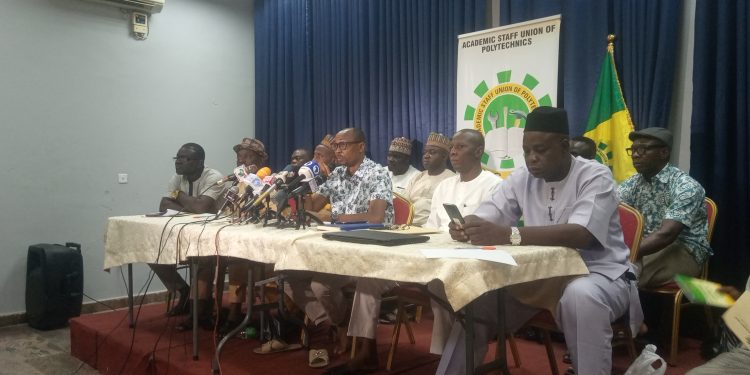 The Academic Staff Union of Polytechnics (ASUP) would commence a 2-week industrial action with effect from Monday, 16th of May 2022.

The Academic Staff of the polytechnics disclosed the decision in a statement released after its emergency meeting of the Union’s National Executive Council on Wednesday.

The union in a statement signed by ASUP president, Anderson Ezeibe said the federal government is yet to meet the union’s demand.

ASUP suspended its industrial action declared on the 6th of April 2021 on the 10th of June, 2021 following the signing of a Memorandum of Action (MoA) with the government.

The signed MoA contained a clear path to a sustainable resolution of the issues in dispute with timelines attached to each of the items in dispute.

Part of the demand includes the non-release of the approved revitalization fund for the sector, Approved N15bn, yet to be released 11 months after approval by the President.

“Non-release of arrears of the new minimum wage: The owed 10 months arrears for the Polytechnics is yet to be released. The composite amount covering all Federal Tertiary Institutions to the approximate figure of N19Bn currently exists as an AIE in the Accountant Generals Office.”

“We are deploying this medium to equally appeal to members of the public to prevail on the government to do the needful within the two weeks period so as to avoid an indefinite shutdown of the sector.” the union threatened.

Murder of Army Couple: Ndi Igbo Time To Talk To Ourselves