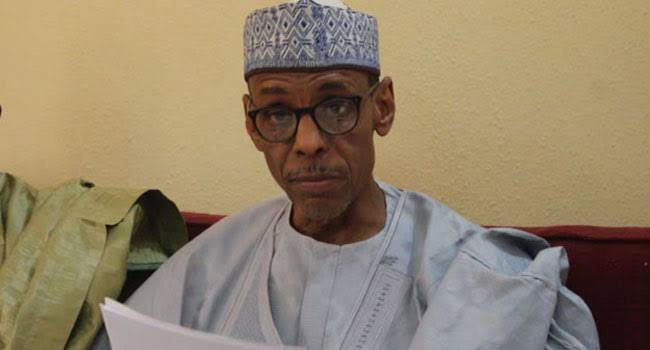 Northern Elders Forum(NEF) has warns the Southern leaders against intimidating tactics in a bid to deny the northerner its right to vie for his party’s ticket and vote at the 2023 Presidential election without limitations to they right of choose.

The forum said that the leaders from the South are busy rehashing old threats and intimidating tactics on Northern, while the real politicians are campaigning.

The Director of Publicity and Advocacy, Dr Hakeem Baba-Ahmed, in a statement issued on Friday in Abuja, asked the South-Eastern elders to behave in a manner befitting their status and avoid pitching parts of the country against each other.

The statement read: “Northern Elders Forum (NEF) has observed attempts to heighten tension by some Southern socio-cultural groups determined to stampede Nigerians into subverting the foundational principles of the democratic process.

“While the real politicians are busy campaigning all over the country out of the knowledge that all Nigerians must participate equally in the selection of candidates and voting for leaders in 2023, leaders of groups from the South are busy rehashing old threats and intimidating tactics in a bid to deny the northerner his right to vie for his party’s ticket and vote for the next President without limitations to his right to choose.

“These tired tactics will not scare the North, and will not win the Southern politician the type of support he needs to compete to become Nigeria’s next President. NEF does not believe that these elders speak for serious aspirants and prospective southern candidates when they threaten even the survival of the country they aspire to lead unless they have their way.

“The very vigorous campaigns by aspirants from every part of the South against each other ought to remind these elderly Nigerians that zoning is retrogressive, unworkable and anti-democratic,” he said.

While speaking on the position, he said NEF’s position has remained consistent and our democracy will only grow if it respects its own basic rules, and excluding a part of the country from full participation in all aspects of the electoral process amounts to damage which the North will not accept.

He however, advised elders of groups from the South to behave in a manner befitting their status and avoid pitching parts of the country against each other.

“We appeal to Southern politicians seeking the support of Northern voters to assure them that they do not share the doomsday scenario being peddled by some leaders of Southern socio-cultural groups.

“Political parties that find Northerners deserving to fly their flags should not be intimidated by scare tactics that they will lose Southern votes.

“The Forum has faith that Nigeria can produce good leaders who will lead it out of its current challenges if the entire nation opens up to the emergence of the best candidates who do not bear ethnic or regional labels,”he said .

The Forum encourages all aspirants and candidates to fully participate in all their parties’ activities.

2023: Over 5000 CSOs Throw Weight Behind Emefiele, Pass Vote Of Confidence