by Kakaaki Reporters
in Business, Senate
0 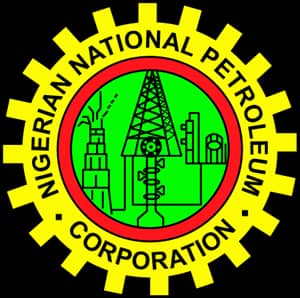 Following failure of the Nigerian National Petroleum Company (NNPC) Limited to supply crude oil for locally refining and in preference for continues exporting the commodity, a number of small-scale refineries operating in Nigeria are facing a huge challenge of operation resulting from crude oil supply problems.

Several operators, despite the assurances by the national oil company of support, expressed frustration that despite the huge investments, their facilities have remained dormant as the NNPC has declined to make the raw material available.

Although it will be recalled that on several occasions, the Group Managing Director of the NNPC, Mr. Mele Kyari, had assured local operators of adequate crude oil supply, the case has been different as no crude is provided as promised by the NNPC boss.

At a recent launch of Waltersmith refinery, Kyari was quoted as promising that the NNPC would collaborate with relevant entities to provide the few modular assets operating in the country with all the necessary support they need to operate and achieve their growth plans.

“We will work closely with them to ensure that they get enough crude feedstock they need to operate seamlessly,” the NNPC boss had said.

But it was gathered that the refineries operating mainly in Imo, Delta and Edo have been mostly dormant due to the refusal of the NNPC to supply crude to the local oil facilities, especially as they have been unable to fully source the required commodity from private crude suppliers.

For instance, it was gathered that the 10,000 barrels OPAC refinery in Kwale which underwent testing under the defunct Department of Petroleum Resources (DPR) has not been producing due to the NNPC’s inability to supply the raw material to the company while Waltersmith was facing same issues and Edo refinery is being delayed for the same reason.

While the companies are currently producing diesel, kerosene, Naphtha and fuel oil which are used in industries, with a projection to procure “reformers” which would help in producing petrol, but it was understood that the regulation of petrol has made it commercially unviable.
Despite the companies requesting a swap arrangement with the NNPC, the effort has become fruitless for years as the national oil company prefers to supply foreign firms, some stakeholders who preferred to remain anonymous said.

As it is, it was learnt that the affected local private companies are currently buying crude from private clusters, which are rarely enough for the required demand.

“The major challenge here is that the NNPC has chosen to sell crude to foreign refineries and export rather than even giving concession to refineries in the country,” a source said.

It was further gathered that the Edo refinery which is due for commissioning will encounter the same problem which is delaying the take-off while Waltersmith refinery in Imo is having the same challenge since it’s only getting crude from Seplat, a private company.

A source revealed that Nigeria is paying more for petrol because since it is purchased abroad, the product would accumulate more logistics costs including, transportation, spot and refining expenses.

“NNPC will tell you that they are doing DSDP (Direct Sales, Direct Purchase), and give traders that don’t even have refineries the needed crude, but they fail to give local refineries the commodity.

“This is an aberration because all those costs associated with the DSDP , they will pass these costs to the government which will add to the pump price. That’s why you see the cost of products going up in the market.

“Today, diesel is selling for almost N700. This is the same diesel that if refined locally, all these associated costs will be eliminated,” another operator said.

For a product that would be sold locally in naira, an industry source said that it was unacceptable that the private companies supplying crude would be demanding payment in dollars.

“What they are saying is that we have to generate USD to pay in dollars,” a source stated.
In addition, it was learnt that the local refineries have been engaging the federal government through the NNPC for years which although has pledged support for local refineries, has done it in the breach.

“It’s lip service. They just pay lip service. They tell us they are waiting for approval from NNPC board or from NNPC management and this is since 2020, “an aggrieved party said, insisting that after several letters that were not replied, the refineries are now frustrated.

“We are not doing anything with our investment because we do not have crude. We have written the ministry of petroleum, permanent secretary, the midstream and downstream authority. Nothing has come out of it. We have put in so much investments into this thing. And the refineries are just lying fallow,’’ another source added.

“What is the justification for supplying foreign refineries when local refineries that require very insignificant quantity are side-lined?” a frustrated operator queried.

While the NNPC exports about 1.3 million barrels per day, it was understood that all the refineries operating in Nigeria today would require just a meagre 16,000 barrels per day to operate optimally.

A review showed that while WalterSmith refinery is just 5,000 bpd, Edo refinery is 1,000 barrels while OPAC in Delta is just 10,000 barrels per day, less than 0.5 per cent of total national export.

“We are not saying give us for free. We want to purchase and sell to the local market to ameliorate the local challenges the country is facing with refined products,” the source said.
“Government is not giving us attention. The government is not giving us the kind of support that we need and it’s frustrating. Do we have to wait for approval for our whole lifetime? The source asked.

The source argued that if products are produced locally, there’s no way they can arrive in a bad form, because they are straight-run products as they come directly out of crude production and not blended like the imported products which cause environmental hazards.

The local refinery owners are therefore requesting urgent government intervention not to allow the installed facility and investment go to waste.