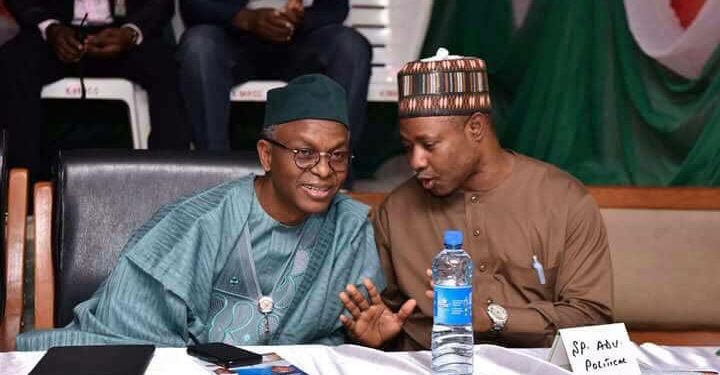 Governor Nasir El-Rufai of Kaduna State has endorsed Senator Uba Sani as the governorship candidate of the All Progressives Congress (APC) for the 2023 election in the state.

The decision was reached after discussions with some of the aspirants, where the governor made his choice known to them.

A former Chief of Staff to Governor El-Rufai and two time former Commissioner of Budget and Planning, Muhammed Sani Abdullahi, popularly known as Dattijo broke who has already obtained the APC governorship ticket, was told to dropped his ambition for a Senatorial sear.

Dattijo who dropped the news after their meeting, told his supporters to supporters the decision of the governor.

He said; “at a meeting on Wednesday, the Governor directed that we rally round Senator Uba Sani for the Governorship seat.

“He has asked that I pick up the form for the Senatorial seat for Kaduna Central.

“While this outcome is not what we have planned or hoped for, we have accepted it as Allah SWT’s will who provides to whom he wishes, when he wishes.

“Therefore we have entrusted our future to Him and prayed the State and the Nation will have the best of leaders in 2023.

“I remain grateful for Mallam’s mentorship and for your unwavering support, which I do not take for granted. I had earlier purchased the APC Governorship form but will be picking up the Senate form as directed inshaAllah.

“I hope we can continue to work together for the success of the APC in all elections. Your support is not taken for granted and will always be remembered and appreciated. Allah ya bar zumunci.”

ALSO READ: For Changing The Face Of Kaduna, Buhari Passes Vote Of Confidence On El-Rufai

One of the aides to the senator also confirmed his choice by the governor, noting that he started consultation almost two years ahead of other aspirants.

“We are happy that the governor has anointed him. He started ahead of these other aspirants. The APC is a big family and we expect everybody to work with him for the good of the party,” he said in a telephone interview last night.

El-Rufai had, while featuring on Channels Television’s Politics Today programme, said his preference of a successor is in his core team.

“My preference is in our core team; that is the first 11. I said core team because these are the guys that have worked with me since 2014 to organise our party, our campaign, and we won and got elected,” El-Rufai said.