Kogi East No Longer Have Voice In Nigeria–Okai Lament 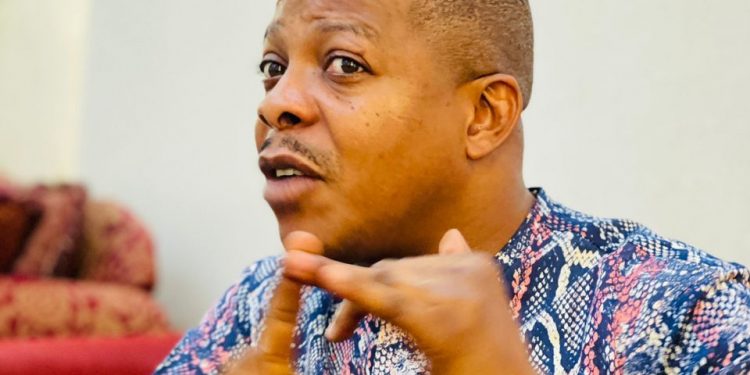 The Deki na/Bassa federal house of representatives hopeful, com. Austin Okai has lamented the lack of Kogi East presence in the Nigeria affairs, adding that is affecting the zone.

The House of Representative Hopeful laments the dilapidated nature of ancient bridge linking Oguma the headquarters of Bassa Local Government Area of Kogi State and Sharia a commercial city has become a nightmare and a source of concern as the bridge has been abandoned by all successful governments for decades.

Okai, who disclosed this to journalists in Abuja, said that is something of concern that Kogi East is lagging in the federal government project, and nobody seems to talk about it.

“We cannot continue to live like this, there is a need to change this direction because is not good for our people and if you say something, the same people you’re fighting for would give different names, but we are not afraid of that.

“Some people might think that is because am coming for sit of House of representatives, but asked yourself as an APC and PDP in Kogi East, what kind of tangible project can you boost on in that area, nothing. We need those who can represent the interest of the common man in our senatorial zone.”

He noted that since Senator Ahmadu Ali brought Federal Poly Idah and Federal government College, Ugwolawo, there is nothing over there again.

Again, recently, the Federal government has 12 Universities but no single one was allocated to the State, and even though there are, the senators and representatives members would use it to compensate their principal officers. For how long are continue like this, Okai asked.