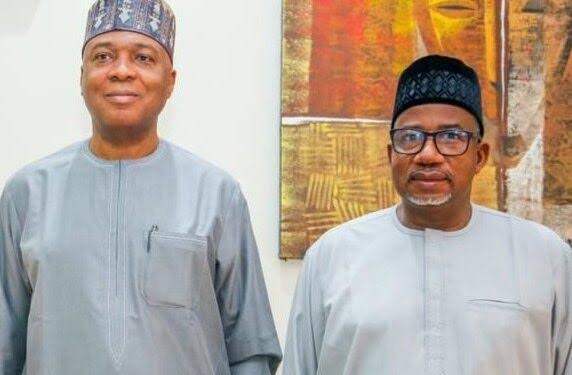 The crack created by the selection of the former Senate president, Bukola Saraki and Bauchi State governor, Bala Mohammed, as consensus candidates from the North on the platform of the Peoples Democratic Party (PDP) recently.

READ ALSO: Tax Harmonization And Prospects For The Nigerian Economy

NEF, in a statement issued, on Sunday in Abuja, by its Director, Publicity and Advocacy, Dr. Hakeem Baba-Ahmed, the Forum remains united behind the protection and projection of interests of the North and Nigeria, and will play its role as it had done whenever circumstances demand.

According to statement: “It has become necessary to address the impression created in part by mischief, and in part by genuine confusion over the role of the Convener of Northern Elders Forum, in the efforts to create consensus among four aspirants for the Presidential ticket of the PDP.

“The idea to attempt to engineer a consensus among the aspirants was that of the aspirants themselves. Governors Aminu W Tambuwal and Bala Mohammed, former Senate President A.B.Saraki and Malam Mohammed Hayatudeen had informed President Badamasi Babangida of their intention, and requested elderly intervention and advise in the event that their efforts failed to produce consensus.

“President Babangida in turn requested Professor Ango Abdullahi in his individual capacity to design and manage a process that could improve a consensus agreement among the four aspirants. Professor Ango Abdullahi concluded that assignment and released a detailed report and recommendation, signing it in his individual capacity.

“It is important to make clear that the entire process did not involve the Northern Elders Forum as a group, and is not a product of the group. Professor Ango Abdullahi is free to undertake any lawful activity as a citizen, and genuine misinterpretations of his role are understandable,” he said.

Northern Elders Forum is not affiliated to any political party or aspirant, and is strongly committed to the creation of a level playing field which will allow the emergence of the best leaders in the 2023 elections.

“It has also remained consistent in its conviction that all parts of the country should play their parts freely, unhindered by restrictions which offend principles of inclusion and fairness. The Forum believes the North has excellent candidates whose fate should be left to party delegates and voters to decide”.