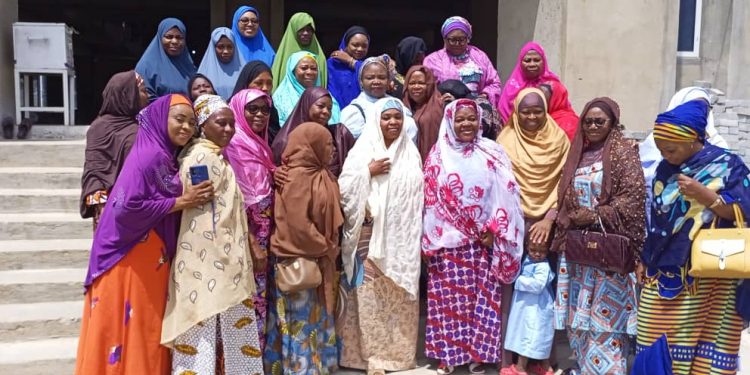 Muslim couples have been admonished to imbibe the virtues of tolerance and forgiveness in their marriage as contained in the teachings of the prophet Muhammed.

An Islamic scholar, Ustazia Haleema Sani made the call in Abuja at a Ramadan Lecture organized by the women’s wings of Alhabibiyya society.

In her lecture entitled”The Dignity of Women in Islam according to the Quran and Sunnah”. Ustazia Haleemah Sani described Islam as the religion which liberated Muslim women by ensuring equal rights for them in comparison to their male counterparts.

Halima said, there is a misconception that Muslim women are relegated to the home, she has nothing to give, or she is not educated and their education is limited to within the home to say that the Quran mentioned the woman from the beginning to the end and the Prophet (SAW)who was the seal of all other prophet that has come spoke well about a woman.

According to her, Allah said in terms of the acts of worship of earning rewards, women are equal just like the whatever she does, she earns and she can excel to earn herself paradise the same thing as the man.

“ In terms of other things of going out socializing with people, a woman is given a particular rule which is suitable to her nature. So everyone was complementing one another. It is not a thing of competition that you now say that what the man can do, women can even do better. We’re not competing with men,” she said.

Also, one of the discussants Hajia Madina Nadabo who described the lecture as apt because of what is happening in the society today said marriage sustainability required support, guidance, and counseling as a means of stemming the tide of domestic violence in the country.

One of the participants, Aisha Inuwa, promised to create more awareness by telling people about the roles of women in Islam, saying that, “women have their rules, as well as men, also have their own rules and women should not be treated as on equal to men.