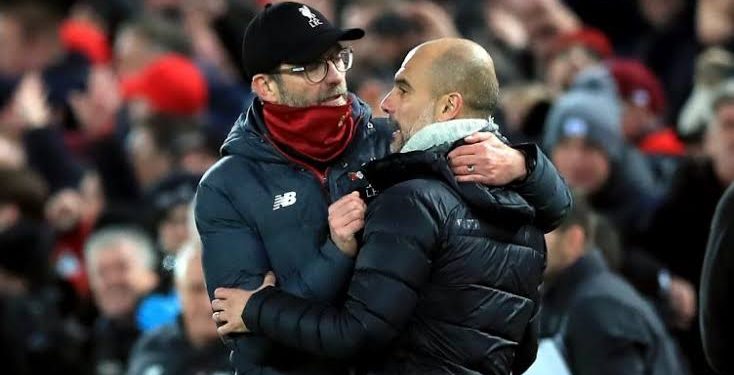 The first fixture of the #FACupSemiFinals between Manchester City and Liverpool saw Jurgen Klopp and his men set a new landmark against City’s boss Pep Guardiola.

Although these two world-class coaches are friends off the pitch and have mutual respect for one another, Jurgen Klopp is now the only coach in football history to defeat Pep Guardiola 10 times in their last 24 meetings in all competitions.

Manchester City managed to reduce the deficit in the second half as they pulled two goals back to create a 3-2 scoreline that saw them crashing out of the competition. Liverpool now have their quadruple dream alive as they are still in all competitions after winning the carabao cup