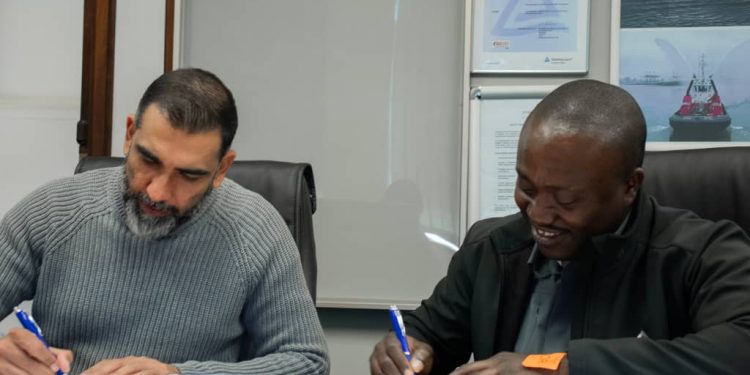 In an effort to strengthen maritime relationship between Nigeria and South Africa, as well as promoting the development of modern marine infrastructure, a Nigerian indigenous ship design and construction company, Somatrix Marine Ltd has concluded the signing of a memorandum of understanding on strategic partnership with Sandock Austral Shipyards, SAS.

SAS is formerly known as South African Shipyard. Top management of both companies were present for official sealing of the partnership deal.

The delegation of Somatrix Marine was led by the CEO, Engr. Eferebo I. Sylvanus who also signed on behalf of his company while Prasheen Maharaj who is the Chief Executive Officer of Sandock Austral Shipyards signed on behalf his organisation.

The signing ceremony which took place on Friday, April 8, 2022 at SAS shipyard Durban, during a joint management meeting is expected to advance African legacy in the global shipbuilding industry.

The expanded collaboration will also strengthen maritime relationships of both companies to promote the development of modern marine infrastructure (Shipyard) to provide quality services in the entire value-chain of the ship design and construction industry of both countries and the African continent in general.