Pres. Biden Thinking Aloud With Removing Putin May Be Problematic 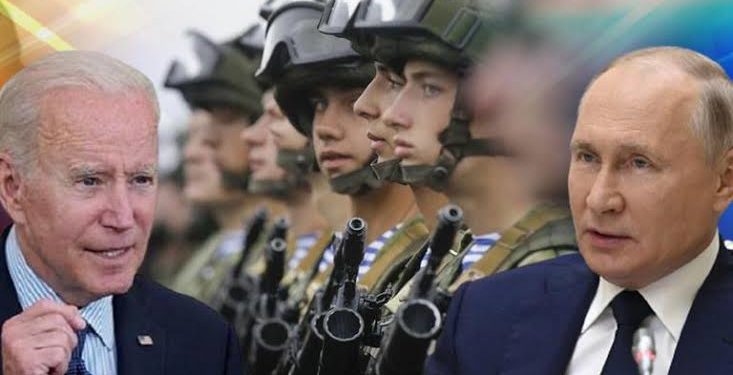 Biden and Putin on a face-off

President Biden has been saying a lot during his Euro trip — but on a few occasions, he’s misspoken about our intentions with Russia … including the idea that Putin has got to go.

POTUS sparked a lot of headlines Saturday following a rousing speech he gave in Poland reaffirming the U.S.’s commitment to helping out Ukraine — the reason … he ended his remarks with an eyebrow-raising statement about what should happen to Russia’s leader.

Biden says, “For God’s sake, this man cannot remain in power” … this after listing all the atrocities Putin has committed during this war.

Might not sound like a big deal on its face, but for U.S. officials and military strategists — those words signaled a call for a regime change in Russia … which is one helluva policy change from what the Biden administration has thus far touted and publicly backed.

While Biden’s words were fairly clear, a White House rep has since re-explained what the Commander in Chief was trying to say — namely, that he was NOT calling for a regime change. They clarified that JB just meant … Putin can’t be allowed to exercise power over his neighbors or the region. That’s definitely not was Biden said, but fair enough.

Not just that, but following his speech … WaPo reports that the Prez went off-script in that moment, calling it another “inarticulate” moment when he shoots from the hip.

There’s another incident that sounded alarms — it was on Friday when 46 was meeting with U.S. Army soldiers stationed in Poland (with whom he broke bread, or pizza dough rather) and he told them they would see “when you’re there” the Ukrainian resilience first-hand.

There, too, he appeared to be implying we’d be sending boots on the ground in Ukraine — which has been viewed as a terrible move by many, as it could elevate tensions with Russian and spark a full-fledged war of colossal proportions — but that isn’t the case, it seems.

When reporters heard this, they went back to the WH yet again for clarity — and a spokesperson said, “The President has been clear we are not sending U.S. troops to Ukraine and there is no change in that position.”

Sounds like Joe didn’t mean it in either instance … which is good, as a change of course like that could have worldwide repercussions. Stick to the pre-approved talking points, sir!!!