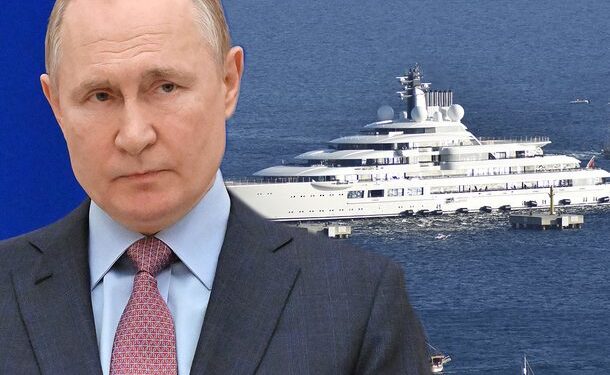 ADVERTISEMENT
Vladimir Putin likes to claim relative poverty in public, but behind the scenes he’s allegedly rolling in it … as evidenced by a super yacht some people believe he owns.
The massive vessel — dubbed the Scheherazade, and valued at around $700 million — has been docked at an Italian port off the Tuscan coast since September … and amid the ongoing war in Ukraine, investigative groups have claimed Putin owns it.
The reason they believe that … documents detailing the crew members allegedly show the majority of the guys aren’t just Russian, but work for Russia’s Federal Protective Service. 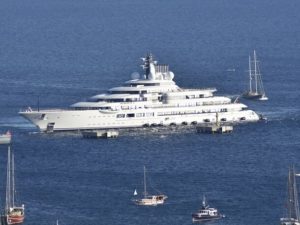 Of course, it might not be Putin’s — it could easily belong to another Russian oligarch — but if this is Vlad’s palace on the sea, it would fly in the face of what he says he’s worth.

The Russian Prez has alleged he makes a salary of no more than $140k/year — and that he lives in an apartment that’s about 800 square feet. No one really buys that, and if this yacht is, indeed, his … that characterization is almost certainly BS. His net worth has been speculated to be in the high billions, despite what he chooses to disclose to the world.

As for the yacht itself … it’s certainly fit for a king, or dictator. It’s more than 400 feet in length, and features 6 decks — not to mention 2 helipads, 3 saunas, a pool and a lot of other perks. It also accommodates 18 guests and 40 crew members.

Independent watchdog groups — the same ones alleging the yacht is Putin’s — are calling for the Italian government to seize the boat and cut off Putin.
So far, though, it doesn’t seem like anyone’s doing much except letting it sit there and float.