Lipaese Speaks About The Idea Of ‘Magic’ With Music 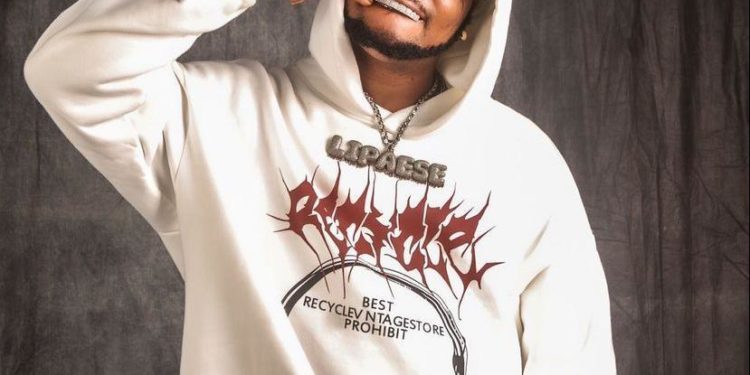 Everyone is aware of the constant competition in the music industry, but some individuals have still gone ahead in making waves be it as musicians, rapers, writers, producers, Dj and artistes.

ALSO READ:Teni, Pheelz And Sarz Spotted In The Studio

Even amidst so much competition, we noticed the rise of an astute and passionate professional in the music industry named Lipaese OBO-te.

He is a recording artiste, performer, songwriter and record producer.
Born April 10th and hails from Edo state, Nigeria. The multi-talented act has been giving his best to making his mark in the music industry, flirting between Afro pop, Dance Hall, Rap and Hip hop with the end result of what we can refer to as ALTE
CRUISE.
Lipaese speaking about his journey says he started making music with a junior high school musical experience when he recorded his first ever single “U DON BAFF” produced by himself where he baged lots of music awards and recognitions from local radio and Tv stations,with the slang on the street mouth YOU DON BAFF.
Lipaese continued to reach for the stars as his goals being his biggest motivation,he went further to study Computer Science at the prestigious Babcock University.
After graduation Lipase came back to the music space with a smash hit titled “Grinding Tonight” produced by King Jayable ” which was released in the summer of 2015. Come 2016, Lipaese was taking even bigger strides at such a young age,his first single “Jolly” featuring Yung6ix and Bowdre on the vocals.
Then Lipaese came up with few other songs in 2016 such as “Ijo Owo featuring
Mochi” Produced by King Jayable, “Say My Name Produced by GOB”, “Owo Ti De Produced by King Jayable” which gave him slots of music nominations and awards winning such as Best New Artiste and Song Of the Year. and later on 2017 he came out real big with his Afro-Trap sound “CODED” which was produced by GOB.. and with a new one “Unserious Girlfriend produced by MasterKraft and later dropped another hit song that has been causing wave and problem in the industry “Serious Girlfriend produced by Fixy” Audio and Video now available Which has top a lot of music chart in the music industry worldwide.
The underground fresh man went further to release an album “Enemy Of Progress” in 2020 that consists of 12 amazing songs and worked with some top notch artists and producers in the game like idowest,Terri,Ichaba and Airboy,who put their impact and create magic with Lipaese.
The Independent artists who has been putting his imprint on the world of entertainment took to his social media and announce his soon to be released Deluxe of “Enemy Of Progress”with three amazing tracks added set to be available April 10th,The Deluxe album is filled with the burning passion for the love of making music.with production credits to outrageous producers like Horlagold producing 10tracks off the Album and Dotzee and Prinz putting their impact to create spontaneous sounds when listening to this artist,you are instantly drawn to his unique melodies,Lipaese has some of the most clever and witty bars in the game,there is no doubt that Lipaese will be a big name in the Industry,and it is only a matter of time until that is certified.