Ayade: A Manifestation of Celestial Configuration

by Kakaaki Reporters
in Opinion
0 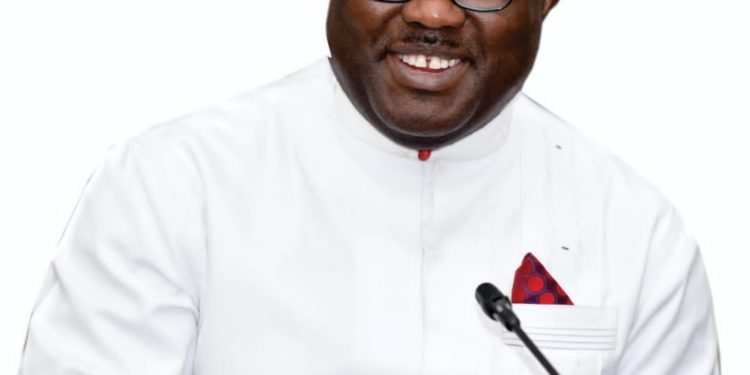 According to Walter Ken, God bestows upon one man genius without patience and upon another man, patience without genius. The relative achievement of the two are often astonishing.
Perhaps Walter ken had the likes of Ben Ayade in mind when he made this postulation decades ago.
In the words of Catherine Carrigan: “when we set our intention to connect every aspect of ourselves to the divine, we allow God to guide us on every level. We can become a channel and let ourselves be divinely led”.
Such has been the life of Ben Ayade, a man who believes that humanity is the greatest religion.
Napoleon Hill once said that ‘great achievement is usually born of great sacrifice and is never a result of selfishness’.

This is in allusion to the maxim that says ‘the heights that great men achieve, are never attained in one day, but they, while others slept, burned the mid-night oil with focus and determination’.
Ayade is one man who strongly believes that nothing splendid has ever been achieved except by those who dared to believe that something inside of them was superior to circumstances.
I reminisced on the trajectories of a man, I consider one of the most versatile and scholarly political leaders of modern Cross River State, nay Nigeria. A man who against all odds shattered the cage of invidious family background and transformed triumphantly into a consummate personality
Senator Benedict Bengiousheye Ayade is a Professor of Microbiology, a worthy Knight of St John International, Senator of the Federal Republic of Nigeria and Governor of Cross River State; a multi-disciplinary academic with a string of five degrees in various fields: A Bachelor’s Degree in Microbiology and Master’s Degree in Business Administration from Ambrose Ali University Ekpoma Edo State; a Master’s Degree in Microbiology and a Ph. D in Environmental Microbiology all from the University of Ibadan, and a Law Degree from Delta State University, Abraka. He is presently pursuing a higher degree in law at the University of Calabar.
This erudite public servant from a hitherto remote Obudu home has found love in serving humanity, committing energies and resources to solving other people’s problems.

Like Williams Penn, Ayade would say: ‘I expect to pass through this life but once. If therefore, there be any kindness I can show or any good thing that I can do for any fellow being, let me do it now and not defer or neglect it as I shall not pass this way again’. Ayade believes that ‘caring is loving, loving is sharing and sharing is living for God’.

“People must ask government to be accountable for their welfare. Therefore, it is my job to put food on the table of people. It is my responsibility to ensure that no family goes to bed hungry”, he had once said. With his ‘politics with ethics’mantra, Ayade is always driven by empathy to uplift the most vulnerable members of the society.
A typical example is his government expansion policy where over 10000 persons, mostly youths are employed. This gesture has led to improved family income and family economy. Massive investments in industries and agriculture, have led to further engagement of thousands in the industrial and Agricultural sectors. Reducing unemployment, family poverty and the improvement of the living condition of the people are paramount to Ayade. He is daily driven by the commitment to ensure that poverty is reduced to the barest minimum by leaving more money in the hands of the poor, the reason he exempted them from paying tax in Cross River State.
The ultimate aim of Prof. Ben Ayade is to eliminate social, political and economic inequality through the creation of an ecosystem that engenders equal opportunity for all to pursue and achieve socio-economic goals.
More so, Ayade believes in the fair distribution of human good; he believes that fair distribution is equal distribution; that humanity requires that everyone should have equal access to the common good.

He further believes that characteristics like origin, sex, and religion should have no role in determining one’s life or success.
You may be wondering why Ayade does what he does with seamless ease even when they seem incredible. Here, perhaps, is why.
According to Name Numerology, Ayade, indicates the name Expression number 9; his Heart’s desire number is 7; Personality Number is 11.
Name Numerology is the study of numbers, and the manner in which they reflect certain aptitudes and character tendencies, as an integral part of the cosmic plan. These numbers show a great deal about one’s character, purpose in life, what motivates them, and where talents may lie.
Analysis of Ayade by expression number 9 reveals he is a humanitarian who is attracted to a cause or a movement whose purpose is to make a better world. He is extremely idealistic, sometimes to the point of being naive about people or methods. He has great compassion and seeks to create a more humane society. Ayade is drawn to those who suffer physically or are at the hand of injustice; the righter of wrongs. The analysis further reveals that his deepest intention is to transform the world; he is naturally charming, very well-versed in many subjects; conscientious, inspiring and has a strong charisma and influence. He tends to be naturally able to lead people and people tend to gravitate towards his strong positive energy. 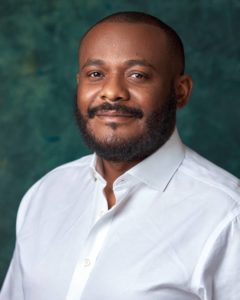 Chairman APC Lobby Group Oden EwaAnalysis of Ayade by heart number 7 says Ayade loves knowledge, study, and insight. He values the gifts of mind, which he uses to great advantage to penetrate the mysteries of life. He studies things in-depth and searches beneath the surface of things just as he abhors shallow judgments or opinions.
The Study also says Ayade has a natural gift for analysis and research and once he has a grasp of the facts of a subject, his creativity and abstract approach lift his thinking beyond the rudimentary to the philosophical.
Analysis of Ayade by personality number 11 reveals he has worked hard to gain confidence and overcome, at least to some extent, an in-born shyness. He is extremely sensitive and intuitive; with inner dream to become a good humanitarian worker who likes to strive for the welfare of mankind as a whole. He likes to work for the downtrodden and likes to be counted on by those in need; a selfless humanitarian. The study also says Ayade understands the needy and wants to help them. He loves to be a person people count on for support and advice.
Clearly, Ayade seems to be a total manifestation of the meaning of his name. His humanitarianism is a true reflection of the esoteric meaning of the name Ayade. This perhaps suggest that Ayade is a cosmic manifestation of divinity; a celestial configuration born to be all that he is, and do all that he is doing.
People will always be judged or remembered by their deeds and their good works will always precede them even long after they depart this world. As times and seasons pass, may posterity be kind to this gentleman who, through hard work, resilience, exceptional courage and the leading of God, has been able to position himself as a liberator, to help pull others out of the dunghills and life’s suffocating rubbles.