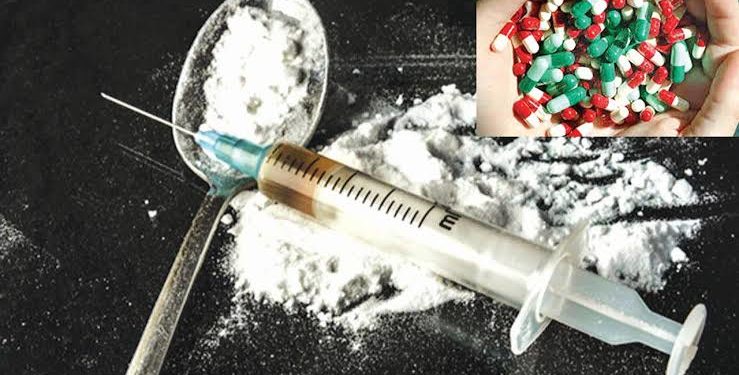 A bill to Prohibit Substance Abuse and Provide Treatment for Substance Abusers and Addicts 2021, has passed second reading at the Nasarawa House of Assembly.
The Speaker, Alhaji Ibrahim Abdullahi, announced the passage after the sponsor of the bill, Mr Abdulaziz Danladi (APC- Keffi East) gave its substance during plenary in Lafia on Monday.

The speaker, thereafter, committed the bill to the House Committee on Health and to report back in four weeks.
“The bill is hereby committed to the House Committee on Health to work on it and report back to the House in four weeks.
“I want to appreciate our brother, Abdulaziz Danladi for initiating this bill. We will work on it and if need be subject it to public hearing so we can get the best out of it,” the speaker said.
Speaking further, the sponsor said the bill if finally passed would prohibit substance abuse and provide treatment for substance abusers.
Other members who contributed to the debate included Alhaji Tanko Tunga (APC- Awe North), Mr Muhammed Okpoku (APC- Udege/Loko), Mr David Maiyaki (APC- Karu/ Gitata, Mr Musa Iyimoga (ZLP- Doma North) and Mr Daniel Ogazi (APC- Kokona East).
They all supported the bill considering its effect in the society, calling for more inputs to get the best out of the bill.

The misuse of illicit drugs can cause varying risks to your health, both psychologically and physically on a short and long term basis. The long-term dangers include, Addiction, Depression, Liver failure and kidney damage, Unpredictable behaviour, which can, Lead to injuries and fatalities in some cases, Affect social life and families, Affect educational future, Nausea, confusion, hallucinations and paranoia etc.

A Crime Survey for England and Wales shows that 1 in 12 adults aged 16-59 had taken an illicit drug in England and Wales in 2015, which equates to an estimated 2.8 million people, and over one-third of adults had taken drugs at some point during their life. In 2015, 2.2% of adults were classed as frequent drug users, frequent drug use has been defined as taking a drug more than once a month.