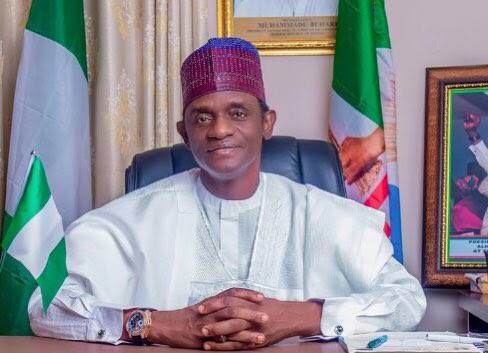 A Federal High Court in Ibadan on Thursday adjourned until April 26, a suit challenging Mala Buni as acting Chairman of the All Progressives Congress (APC).

The News Agency of Nigeria (NAN) reports that Mr Ajibola Salawu, Oyo State APC youth leader and three others asked the court to determine whether it is proper or not for a sitting governor to serve as acting national chairman of the party.

Justice Uche Agomoh adjourned the suit after counsel to the plaintiffs informed the court that all the originating summons have been served on the defendants.

2023: Proponents Of Zoning Are Enemies Of Nigeria — PDP Chieftain

NAN reports that the court had earlier ordered service of court processes on all the defendants after the plaintiff had complained about the difficulty experienced in serving them.

Omeke said that his client was only able to serve the APC.

Omeke contended that it was unconstitutional for a sitting governor like Buni to serve as acting APC national chairman.

Corroborating omeke’s submmission, counsel to the defendants, Mr S.T Ayodele and Mr N.D. Abdulsalam confirmed that all the court processes had been served on their clients.

In their separate remarks, Ayodele and Abdulsalam said they were preparing their responses to the processes.

Meanwhile, there has controversy within the ruling party ahead of its National Convention in February 26.

The confusion in the ruling All Progressives Congress (APC) over the zoning of its chairmanship, with some of the aspirants insisting that it had be decided, and that the Caretaker/Extraordinary Convention Planning Committee (CECPC) should just announce it. Others are saying no decision had been reached and want zoning jettisoned.

Man In Court For Allegedly Stealing Cartons Of Beer