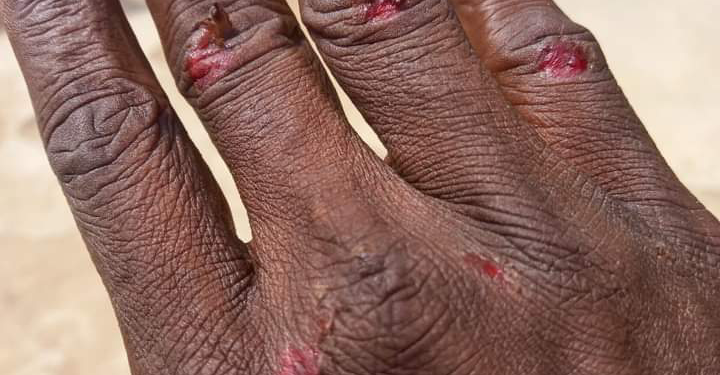 The Nigeria Union of Journalists, NUJ, has expressed its utmost dismay over the attack on journalists and activists during the ongoing trial of Mazi Nnamdi Kanu, leader of the proscribed Indigenous People of Biafra, IPOB, on Wednesday, January 19, 2022.

The Union in a statement by the FCT Council described the attack as reprehensible and poses a grave danger to the safety of journalists and democracy when security operatives fail to act in the face of violence and aggression against members of the Fourth Estate of the realm.

The Union said several journalists were injured in the melee, several cameras destroyed while a camera and tripod belonging to Reuters News Agency was stolen by the miscreants.

“We at the NUJ FCT Council find it objectionable, reprehensible and a great disservice that suspected hoodlums will attack journalists and activists who were on their legitimate endeavours at the Federal High Court, Abuja.

“It is even more saddening that during the unwarranted attack on journalists and activists by these dangerous, armed welding elements, officers and men of various security agencies watched idly and did not stop the violence and arrest the perpetrators,” the statement signed by Emmanuel Ogbeche and Ochiaka Ugwu, chairman and secretary, respectively, reads.

The Union further stated that the continued sanctioning of violence against journalists in the country poses a grave danger to democracy as it constricts the civic space and is an attempt to silence credible voices and media on issues of human rights, good governance and the rule of law.

The statement also noted that if there was unfettered access by journalists to the court, the unfortunate incident would have been avoided, calling on the federal government to create access for journalists and recognized activists to gain entrance to the trial.