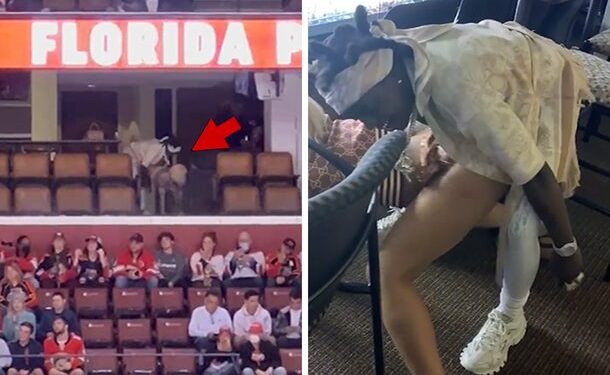 There were more than 15,000 people at the Florida Panthers game on Tuesday … but no one had as good a time as Kodak Black— who enjoyed a raunchy twerk sesh from a woman in a box suite during the action!!!

The rapper hit the NHL contest in Sunrise with some killer rinkside seats … and video showed the dude had an absolute blast watching the Panthers take on the Vancouver Canucks.