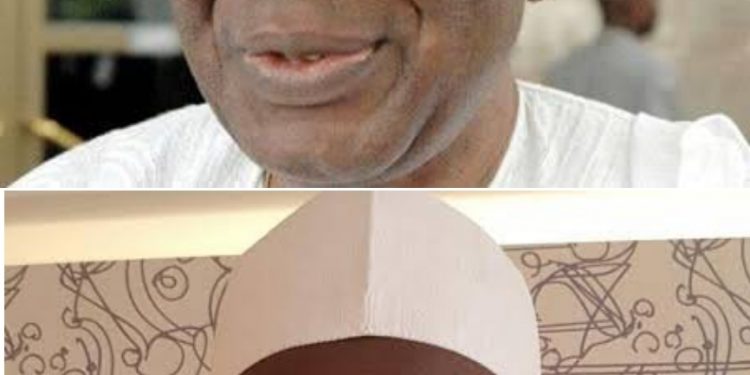 The Special Envoy on Diplomacy and Good Governance of the International Peace Commission of the UN, as well as Global Vice Chairman, Advocacy for Good Governance Network, Amb. Hussaini Coomassie has showered encomiums on the passing of the Head of Interim National Government, Chief Earnest Shonekan who was called to glory on January 11,2022.
According to Amb. Coomassie, the late Shonekan was a peaceful man who wanted Nigeria to be respected in the comity of nations.

He further explained that the late Shonekan was committed to the peace and unity of the country and pursued it with vigour and dedication as a patriot.

Coomassie said it’s with a heavy heart, “I received the news of the death of the elder statesman and former Head of the Interim National Government

Describing his death as “a huge loss to the country.”

He noted that his vast experience as an elder statesman was an asset to the country, particularly with the array of challenges confronting the nation.
He prayed God forgive his shortcomings and grant his soul enternal rest.