Why Tofa Did Not ‘Take Over From Army’ 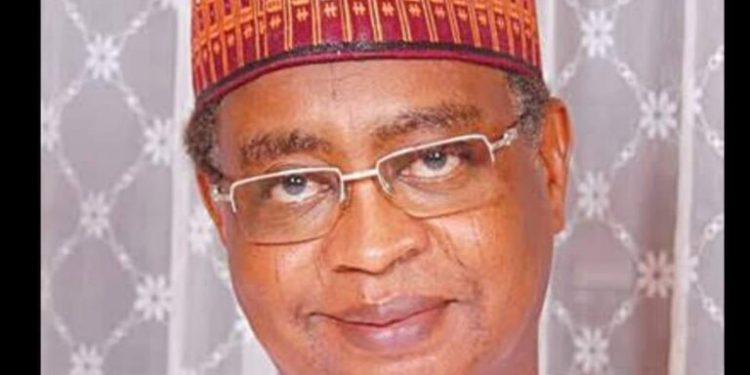 After Bashir Othman Tofa emerged as the candidate of the National Republican Convention, NRC, to contest the June 1993 presidential elections, the stage became set for what appeared to be the final leap for a return to democracy after ten years of military rule.

By that time, it had become limpid clear that the then military government of Ibrahim Babangida, which kept postponing the hand over date and restarting all the processes that would have led to an election, had no intention of handing over power to civilians but was trying to create an illusion of movement in that direction to beguile the citizenry which was clamouring for a return to civil rule.

It was that period in Nigeria’s nationhood when pro-democracy and civil rights activists lived up to their name and became thorns in the flesh of the military for their struggle to ensure the military return to the barracks.

The then military government, led by the wily general, IBB, had to devise a means to pacify these groups and other Nigerians who were calling the attention of the international community to what they perceived as an aberration on the polity and probably came up with the idea of allowing the elections to hold but at the same time, setting a trap by infusing the process with an inherent glitch.

As reports later showed, the then military government had cause an investigation to be conducted on what may be the likely outcome of the exercise and the security report gave the 1993 presidential elections to the NRC and its candidate, Bashir Tofa based on inferences.

The report was logical as it made use of preexisting sentiments, political dynamics and simple deductions to draw its conclusion.

The investigators must have reasoned that Tofa, as the only candidate from the north, like Shehu Shagari and Abubakar Tafawa Balewa before him, assumed position of Northern candidate, and up to that time, it is inconceivable that a candidate with such perception would lose to another from a different part of the country.

Tofa had also like Shagari before him, picked an Igbo and a Christian, from the Southeast as running mate to give him the geographical spread to win.

These, under normal circumstances are the coordinates for sweeping victory at the presidential polls if history was anything to go by coupled with other factors that reduced the chances of winning for the SDP presidential candidate, Moshood Abiola.

Apart from being from the south, which was polarised by the offer of the VP slot to the Southeast, MKO abiola made what was considered a ‘mistake’ by nominating a fellow Muslim, Babagana Kingibe as his running mate.

This at the initial stages of the campaign, was considered a no-no calculation bound to further alienate the south and give Tofa the mandate to ‘Take Over From Army.’

Since the military had concluded that the issue was Tofa, it concentrated on how to throw the spanner in the works by discrediting his candidacy.

Before the elections, a veteran journalist, Abidina Coomasie had gone to swear to an affidavit alleging corrupt practices by the NRC presidential candidate and that, according to many accounts, would have been the ‘dirt’ the military would have used to stop Tofa from assuming office.

But the security report on who will win the election failed when it did not capture the human dynamics of the time.

Abiola as it turned out had grown beyond an individual. His philanthropy, businesses, wealth, and international connection were positives that preceded his politics.

This and other factors doused the initial flame for Tofa.

After annulling several primary elections which could have thrown up core northern politicians like, Shehu Musa Yaradua Adamu Ciroma and Umar Shinkafi as candidates, most of these top politicians saw the IBB transition programme as a mere charade and they became lukewarm towards the entire process.

The NRC was most affected by the nonchalance of the top politicians who due to one reason or the other, were barred from participating in the elections hence restrained from open solidarity with the NRC and its candidate.

This, coupled with the fact that Tofa, was nowhere in the initial calculation of those likely to succeed IBB, served to confirm that the election could turn out to be a ruse.

Tofa himself seemed not to believe much in the transition as he went about his campaign in a reserved and perfunctory manner.

His total dissonance with the reality showcased when he could not even vote for himself on Election Day as he according to reports, only waved at the people around his polling booth and retreated.

But unlike Tofa, Abiola took the campaign more seriously. He reached out to the likes of Yar’adua who though not happy with the IBB transition programme, still carried on but with measured interest.

Abiola threw almost everything he had including money and family in the campaign and showed an uncommon belief in the IBB promise to hand over even though many were winking at him to read between the lines.

But history would have been kinder to Tofa, if he had, like Goodluck Jonathan after him, conceded.

This would have galvanized forces against the then military government and made him a symbol of democracy and June 12, which is now officially a public holiday, would not have been about Abiola and Abiola alone.