One Year After, Majority of Kaduna Transporters Yet to Benefit from FG’s N30,000 Survival Fund 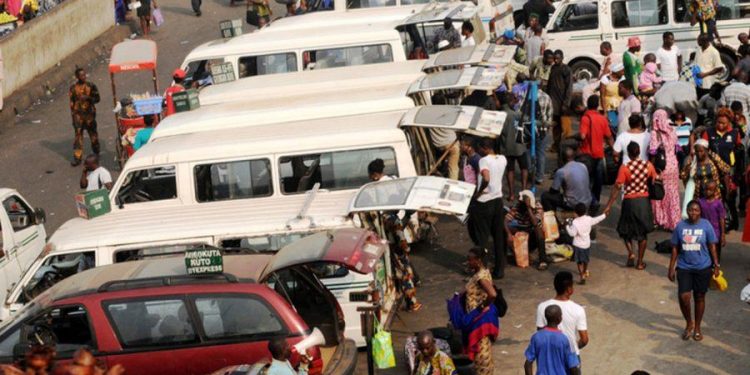 One Year After, Majority of Kaduna Transporters Yet to Benefit from FG’s N30,000 Survival Fund

Majority of transport workers in Kaduna State are yet to benefit from the Transport Track of the Transport and Artisans Scheme under the Micro, Small and Medium Enterprises (MSMEs) Survival Fund that was launched by the Federal Government in 2020.

Investigations by our correspondent in Kaduna State revealed that only one out of every 10 taxi drivers, bus drivers, KekeNapep riders, okada riders have benefitted from the scheme.

As part of the Economic Sustainability Plan (ESP) to cushion the effects of the Coronavirus pandemic in the country, in 2020, the federal government launched the Transport Track of the Transport and Artisans scheme under its Micro, Small and Medium Enterprises (MSMEs) Survival Fund.

On March 23, Vice President Yemi Osinbajo met with the Payroll Support Scheme beneficiaries in the Transport and Education Sectors.

The President of the Road Transport Employers Association (RTEAN), Musa Muhammed, during the meeting, said the Survival Fund’s implementation is an “unprecedented one in the history of the country.”

The Deputy General Secretary of the National Union of Road Transport Workers (NURTW), Tony Asogwa, appreciated the effort of the vice president and the coordinating committee for a “smooth implementation of the scheme.”

According to the Minister of State, Federal Ministry of Trade and Investment,Hajiya Aisha Abubakar as at January 17, a total of 155,920 beneficiaries in the transport track had so far been approved for payment, while 9,109 pending cases were being processed for payment.

This means that about, 146, 811 transport sector beneficiaries have been paid under the Transport Track N30,000 one-off grant- and N4.4 billion has been paid to the beneficiaries .

While some of the officials of the Road Transport Employers Association (RTEAN) and National Union of Road Transport Workers (NURTW) in Kaduna state confirmed the payment of the N30,000 to some of their members, many of the drivers interviewed by our reporter said they never benefited from the scheme.

Friday Waziri, a motorcycle commercial rider in Kaduna South Senatorial District, said he was not even aware of the scheme.

“I am not aware of any government Covid-19 intervention for commercial drivers. I am just hearing it from you,” he stated.

Ezekiel John, a tricycle operator for five years in Kafanchan, Kaduna South Senatorial District, was also not aware that the government had such an initiative for transporters.

“i didn’t get any support from the government. I did not apply for it because I was not aware of the scheme,” he said.

But, another tricycle rider, Gideon Haruna, did receive the palliative.

He said: “I received N30,000. The people came from Kaduna and asked us to write our names. I was among the lucky persons that got the money. I did not present any collateral before I was given the money.”

Benmjami Gabriel, also tricycle operator, on his part, said he heard about the scheme and knows some people who got the money but he did not because he did not even know how to go about it.

Bitrus Joshua, an official of the tricycle union in Kafanchan, who was lucky to get the palliative, said he knows only one other person who got it.

Reuben Habila, a commercial bus driver, told our correspondent that he had been in this driving business for 13 years but said he had “never gotten any support from the government, adding “I am just hearing about the COVID-19 support for commercial drivers from you.”

Badamasi Adamu, Chairman Tricycle Association in Southern Kaduna said he was involved in the process of gathering members’ names and confirmed that he and others got the palliative stipend.

“Yes, I was given the money, and my members got the money. I was the one that gave out the names of my members. About 100 tricycle operators in Southern Kaduna got the money and we are still waiting for others to get theirs, he said.

Continuing, he stated: “I am aware the money will be distributed to beneficiaries in three installments. We are still waiting for them. They kept telling us to be patient.  There was no condition attached to the money.”

Fifty – one year old Umar, a commercial driver who plies the Kaduna-Abuja route in Television Park, said he never heard of the government initiative.

“I have been doing this driving business for almost 20 years now. I am just hearing about this scheme for the first time from you, I have been into driving business from Kaduna to Abuja, nobody ever approaches me to render assistance to me. Nobody from this park got this grant.”

Thirty – year old Daniel Nwakwo, who has been a commercial driver for seven years, said he heard of the scheme but he did not know how it worked and I “nobody approached me to apply for the scheme and no driver from this park got such assistance.”

Emmanuel Ladan, a NURTW official at Command Junction Park, said “none of our drivers here got the money.”

Speaking to this reporter in Zaria, Mohammed Abbas, a Zaria-Kaduna commercial driver at Gwargwaje Park said “I receive the cash, and I am grateful to the federal government for this. I am aware that many of my fellow drivers whose names were listed did not get the money. I pray the government will remember them too.”

Thirty – two year old Commercial tricyclist, Gambo Lawal in Samaru Zaria, said he equally heard about the scheme but could not benefit from it.

“I heard about it, our union officials promised to submit my name. Till this moment, I am yet to benefit from the scheme. Help me to get please. This is what I do to cater for my family and the 30,000 Naira will really help me.”

A 43-year-old commercial driver, who plies Zaria-Kano Road, Abdullahi Maigona, told our reporters at the PZ Park that he heard about the scheme and registered but did not benefit from it.

For 48 year old Waheed Ibrahim, a Zaria-Sotoko commercial driver he never heard a word about the scheme.

“I am just hearing this scheme from you. Our driving business was shut down during the COVID 19 lockdown, yet no succour came our way. Some of us resolved to begging to feed our family. I will be glad if this help will come my way.”

An official of NURTW, Hassan Bala, frustrated the reporter’s attempts to get them to speak on the Transport Funds scheme, despite several efforts made to get their comments. Twice, on appointment, our reporter went to the union’s office along Nnamdi Azikiwe Expressway in Kaduna, but they stood him up on each occasion.

The reporter went back to their office on August 8 only for the Secretary of the Union, Alh. Bature Suleiman, to decline to comment on the issue, directing him the unions national headquarters in Abuja, even though the palliative was distributed in the state.

Meanwhile, while at the premises of the NURTW, an official of the union who pleaded anonymity told our reporter that less than half of their drivers got the palliatives and that they wrote a letter of complaint to the federal government but had not received any response.

He told the reporter that they were still hopeful the federal government would still pay some of their drivers the palliatives.

Efforts to speak to the officials of the NURTW at the National level did not yield any result as the phone number of the National Secretary did not connect, despite several attempts to call him.

Alhaji Najeem whose phone Number 08033041476 identified as NURTW could not also respond to our inquiries. He could not pick several phone calls nor responded to text messages sent to his line via text and whatsup.

The message send to his phone number reads “I am Midat, a Journalist from Kakaaki Reporters. I am investigating the claim by the FG that it has expended about N5 billion on transporters, hence my constant calling to confirm the number of your members at the NURTW that got the N30,000 Federal Government intervention as part of the Economic Sustainability Plan (ESP) to cushion the effect of the Coronavirus (COVID-19) pandemic on commercial drivers, please.”

*This report is supported by John D. and Catherine T. MacArthur Foundation and the International Centre for Investigative Reporting*