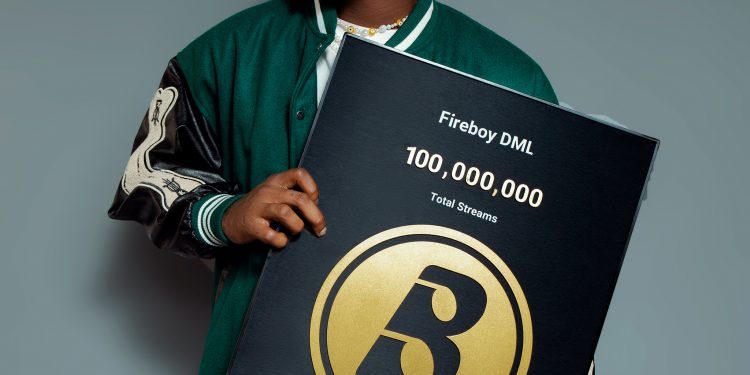 Nigerian superstar, Fireboy has joined Burna Boy and Olamide in Boomplay’s Golden Club with over 100 million streams on the platform.

Laughter, tears and goosebumps, his 2019 debut album is his most streamed body of work with 58 million streams and his most recent single Peru leading as his most-streamed single with 14.9 million streams.

In 2020, the Afropop sensation released his sophomore album Apollo, which had instant hits like Champion and Tattoo. The RnB album gathered over 57 million streams on Boomplay by 2021 pivoting Fireboy’s ingress into the Golden Club.

According to an in-depth analysis of data, Fireboy’s music enjoyed a total of 1884 playlists inclusion and is currently being consumed in 107 countries worldwide via the platform.