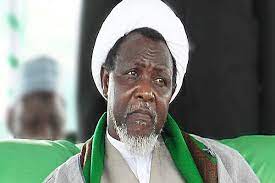 Contrary to what Malami claimed, there are indeed fresh evidences confirming that both are still suffering from several health challenges of great concern, as could be testified by the results of their routine medical tests, which have been carried out on a regular basis since 2018 (after the Sheikh had his first stroke, upon which the DSS finally allowed access to their own Physicians for the first time), and continued through the 2020 and 2021. We have the necessary documents to back that up.

The tests conducted in 2019 were not just alleged nor exaggerated, but actually conducted by Government-approved health institutions, indicating the two to be suffering from ailments that are by their nature still of emergency and life-threatening situations, as confirmed by Medical Professionals from within and outside Nigeria—including those presented by the DSS.

Experts from within and outside Nigeria have described such an expanse of multi-morbidities without proper interventions can be a highly life-threatening situation (medical report and full evidence of findings are available).

Furthermore, a professional clinical expert brought by the DSS has similarly connected some of the ailments being suffered by the two as attributable to the heavy metals (report available).

In order to avert the life-threatening situations for both the Sheikh and his Wife, many of the above listed co-morbidities are still requiring various types of surgical interventions, which were previously recommended and even planned for by experts; unfortunately, none are yet to be conducted.

Well established international standards (WHO, CDC, ATSDR, MSF–full references available) have recommended that interventions for such kind of multiple gunshot pellet conditions (even without the above listed co-morbidities), always require the extraction of all or most of the bullet fragments first, before any conventional chelation therapy commences by expert clinical toxicologists in a competent clinical setting, without which the release of heavy metals in to the blood and neurologic systems of the Shaikh and his Wife is bound to continue recurring.

It is thus very disturbing and extremely inhumane that the two are still being forced by the authorities concerned to remain in Nigeria, where no comprehensive interventions for such a clinical toxicology solution in presence of all the listed co-morbidities are available.

While they are still suffering, only the traditional therapeutic efforts remained accessible to the Shaikh on his heavy metal poisoning for over 2 years now, despite which the lead level is still found to be high in a recent serum sample (tested on 13th October 2021, lab-report available), thereby re-affirming the overall conditions to remain still life-threatening.

All the above are well known by the DSS, the court and all other relevant authorities. It was in fact due to the above medical findings in 2019 that the Kaduna High Court eventually ordered for both of them to be flown for proper surgical and medical interventions. The professional team of doctors, including those sent by the DSS and the Kaduna State Administration then, confirmed the Shaikh and his Wife to have up to 8 and 6 serious illnesses, respectively. It is also a fact that efforts to offer them the required clinical interventions in India were completely thwarted and they were returned to Nigeria by the security agents that travelled along with them. Ever since their return from India, none of the required interventions has been administered to either the Sheikh or his wife, and this remains the case to this day.

Despite efforts by personal Doctors, their health situations in respect to the said co-morbidities are increasingly deteriorating, thus still in URGENT need of getting those clinical interventions outside Nigeria, as was originally and is still being recommended by experts.

Contrary to the false claim by Abubakar Malami that none of their doctors carried out any tests, especially by the two mentioned doctors in particular, tests were actually conducted by government approved clinical laboratories indicating fresh findings (AKTH/ Barau Dikko Teaching Hospital in 2020 and Synlab Abuja in 2021), which has not change any of the requirements for having the same clinical/surgical interventions that were recommended for both of them way back in 2019.

All Efforts to make the latest medical arrangements for both Shaikh Ibraheem Zakzaky and Malama Zeenah Ibraheem have been stalled so far by their lack of international passports. Provision of their travel documents is indeed a necessary requirement in the countries where their specific surgeries and treatments are to take place, in accordance with recommendations by all the medical experts that have so far examined their cases.

Infact, the claim by Malami that there is no urgent need for the couple to seek medical treatment abroad reinforces the fact that he is involved in denying them their passports and re issuance of new ones.

The agent provocateur should note that with or without health challenges, both Sheikh Zakzaky and his wife have the right to own Nigerian passport and travel anywhere they like. It is part of their rights, unless Abubakar Malami (the saboteur) is a law unto himself.