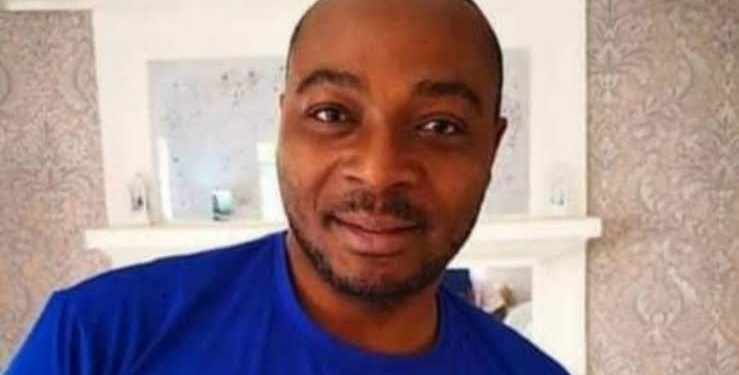 The management of Wuse General Hospital, Abuja has blamed the policeman who brought the corpse of the Vanguard Journalist, Tordue Salem, for not notifying the family and the public about his death.

The hospital management stated this while exonerating itself from the matter saying it was the constitutional mandate of the police to inform the family of the condition of the journalist if he was alive or dead.

According to a report by Vanguard newspaper, the Secretary of Wuse General Hospital, Mrs Hanatu Sani, said on Tuesday that the hospital had no place in law to inform families of dead bodies brought in, saying it was the place of the police.

Sani said the non-release of information on Tordue’s death was because of the inability of the policeman that brought the body to follow up.

According to her, the police officer failed to show up, even when the hospital’s mortician called to inform him a day after the body of Tordue Salem was brought in that ID cards and other items had been found.

While disclosing that there were many unclaimed dead bodies in the hospital’s morgue, Sani explained that the medical centre did not release bodies brought by the police to their families or relatives without authorisation from the police.

This, she explained, was to avoid trouble ‘’because you may release a dead body to relatives and another set of relatives would come up saying the one with the body is a faction.”

She said, “If the police did not come, there was nothing we could have done. We have a lot of unclaimed corpses here in the morgue. Most of them are victims of these hit-and-run drivers.

“The law says after three months we can bury unclaimed bodies but here, we keep them even up to two years. It’s when after that and we don’t see the relatives that we write to the Commissioner of Police, the judge and other relevant authorities to bury them.

“The challenge we had in this case was the policeman that refused to come back after he brought the body. The mortician said he called him the very next day after he found the deceased’s particulars but he refused to come. He was calling him to come and check and see how he could contact the relatives but the policeman never showed up.”

On his part, the mortician who admitted to receiving the body on October 13, 2021, said the body came in very late that fateful night.

The middle aged man, who only identified himself as Mohammed, said: “We registered it (body) as unknown corpse because there was nothing to identify him. It was the next day I found his ID cards and other items.

“It was because of this I placed a call to the policeman to come down but he refused to come after I explained everything to him and he promised to come.

“That first time, he picked my call and we spoke. After informing him of the ID cards and the need to come to pick them so as to inform the relatives, he stopped picking my calls, even after assuring me that he was coming.”

On why it took the hospital so many days to disclose the information, he said: “It’s not our work to look for the relatives, it’s only that of the police.”

On how the body was identified by the Intelligence Response Team, he said: “When the IRT came, they asked whether we had any unclaimed corpse here and I answered that we have many here and they asked again whether we received anybody here on October 13.

When informed that the family has distanced itself from the body in the mortuary as that of their son, he responded: “That doesn’t concern us, the policeman should come out and clarify the issue. The policeman’s name is Isaiah Olumu from Utako Division. He brought the body in company of an FRSC officer. But while the policeman left his number behind, the Road Safety man didn’t,” he said of the officials who brought the body of Tordue Salem to the hospital.