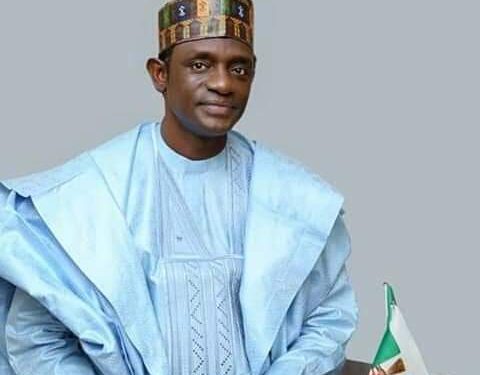 As the National Chairman of the All Progressives Congress (APC) Caretaker/Extraordinary Convention Planning Committee (CECPC) and Governor of Yobe State, Hon. Mai Mala Buni celebrates his 54th birthday on November 19, 2021, members of the Party’s Caretaker committee and departmental directors have lauded Governor Buni, listing his achievements.

In a joint statement, the APC Caretaker Committee described Governor Buni as a respected political leader and astute administrator who has established a truly united, strong and popular political party, the APC.

“Under the leadership of Governor Mai Mala Buni, the APC Caretaker Committee has created a member-centered party structure that guarantees the full participation of all members; successfully conducted Ward, Local Government Area and States Congresses, preparing the party for a rancour-free elective National Convention; won into the APC fold three serving state Governors and scores of parliamentarians from other political parties.

“Successfully reviewed the APC constitution; scrutinized and paid inherited debts for services to the party; ending and resolution of court cases instituted by many aggrieved members against the party by reaching out to aggrieved members; entrenched strong internal democracy in the party as demonstrated in candidate nomination processes and congresses, which has turned the APC into the most democratic political party in the country; purchase of the building housing the APC National Secretariat and subsequent naming as Buhari House.

“Increased the Party’s numerical strength to over 40 million registered members; established a National Reconciliation Committee to reach out to aggrieved members with the view to resolving areas of misunderstanding and proactively prevent crisis.” The statement by the APC Caretaker Committee read.

In a separate statement by the National Secretary of the Caretaker/Extraordinary Convention Planning Committee, Sen. John James Akpanudoedehe, he described Governor Buni as a patriot, peacemaker and stabilising voice in the polity.

“I can attest to the sincerity of purpose, doggedness, forthrightness and sense of patriotism Your Excellency has displayed in the management of our great party and indeed the administration of Yobe State.

“Your Excellency’s God-given attributes as a peacemaker has firmly established you as a truly stabilising voice in the polity.

“Under your watch, the APC has grown from strength to strength, won most elections, received new and returning members, entrenched the progressive culture of internal democracy, ensured true reconciliation within the party and returned the party to the people. Without equivocation, our great party and indeed the good people of Yobe state are lucky to have you at the helm.” Akpanudoedehe noted in the statement.

Departmental Directors at the All Progressives Congress (APC) National Secretariat in birthday tributes to Governor Buni described the Caretaker Chairman as an iconic leader who has returned the APC to winning ways.

“We celebrate a humane leader, peacemaker and astute administrator who has taken the APC to truly enviable heights.

“We are solidly behind Your Excellency as you achieve the important mandate of the APC Caretaker Committee by repositioning the party and ensuring peace, unity, fairness, equity, justice, inclusiveness and internal democracy in the APC family of over 40 million. Under Your Excellency’s leadership, APC has truly rebounded as the most formidable political party in the country.

“We pray for Your Excellency’s continued good health, political sagacity and wisdom in the service of our great party, the good people of Yobe state and humanity.” The statement read.

Freedom Foundation Partners SNEPCO For GBV And ICT In Lagos