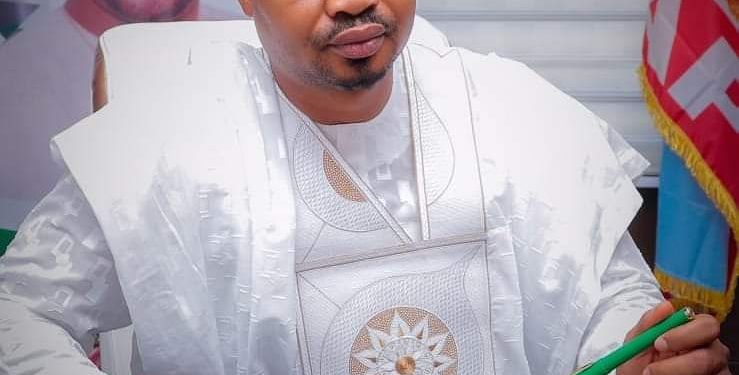 The leadership crisis rocking the Association of Local Government of Nigeria (ALGON) has taken a dramatic turn as the Interim Management Committee in a joint press statement Joint Press Release consisting of Chairmen, Vice Chairmen and Councilors Forum who are statutory members of the association, has again raised alarm that the dissolved Alabi led faction of the association is plotting with shadow political parties to hijack and sellout the association.

The IMC in a press statement signed by its National Publicity Secretary, Hon. Ashonibaire Jide on Wednesday, also condemned in entirety the National Executive Meeting/Retreat held by Hon. Kolade Alabi in Lagos today while stating that the meeting is in violation of a subsisting court order restricting the former from parading as President of the Association.

This statement which described the meeting as “Unconstitutional and Illegal” reads: “Our attention has been drawn to the illegal and unconstitutional National Executive Council meeting/ retreat held in Lagos by dissolved leadership of the Association of Local Government of Nigeria, Hon. Kolade David Alabi, a chairman of Bariga Local Council Development Area who is hell bent on disregarding an order of a competent court of Jurisdiction restraining him and his cronies from parading as leadership of the association.

“Information at our disposal has revealed that Alabi who is constitutionally not qualified to hold a position in the association, currently held a National Executive Council meeting/ Retreat posing as the president of the association to discuss the current revenue allocation in the country, and in flagrant violation of the constitution guiding ALGON, also appointed the Chairman of Nasarawa from lafia LGA Hon. Aminu Muázu Maifata as Deputy President and the Chairman of Takai Local Government Area of Kano State, Hon. Muhammad Baffa Takai as Treasurer of the association respectively.

“As concerned and statutory members of ALGON, we are through this press statement preempting the President Muhammadu Buhari administration and the general public at large about the recent plan of calumny against the Interim Management Committee of ALGON led by Hon. Abdullahi Shuaibu Maje by the criminal minded Hon. Alabi Kolade and his co-travelers. Alabi; a law breaker who is on a mission to completely bury the association it has stripped of its good name did not only invite all the local government chairmen, but equally directed that they attend the meeting alongside their council secretaries and treasures who as civil servant, are not member of the Association.

“ The Interim Management Committee will on Thursday the 18th Day of November, 2021, hold its National Executive Meeting to officially address the issues bothering on the revenue allocation, and also to officially put up the electoral committee for a proper election of a substantive leadership of the association, as we speak Chairmen from the recognized 774 local government area are as we write currently in Abuja for plans to elect a recognized local government chairman as President of the association and we are very hopeful that you the gentlemen of the press would ensure that the report of whatever development which will be in favour of the association is dutifully articulated and disseminated to the general public.”It added.

The IMC reiterating plans to restore the stolen glory of the association, called on President Muhammadu Buhari, Local Government Chairmen, Hon. Commissioners for Local Government in the 36 states and FCT as well as the general public to resist and disregard anything emanating from the camp of Hon. Alabi Kolade Alabi who has overtime become an indefinite lawbreaker.