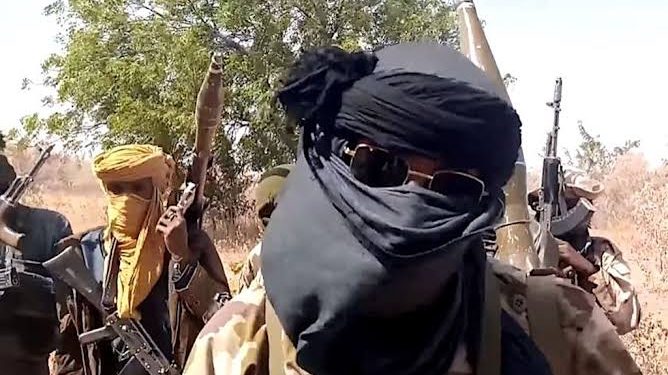 Governors elected under the ruling All Progressives Congress (APC) has described bandits operating in the North-west and North-central parts of the country as terrorists.

Director General of the Progressive Governors Forum (PGF) Salihu Moh Lukman, has declared that bandits operating in parts of the country have the characteristics of terrorist groups and must be declare as terrorists as such.

The Governors however condemned opposition by some persons such as Sheikh Ahmed Gumi to declare the bandits terrorists.

“Interestingly, apologists and self-appointed counsels to the Bandits, such as Sheikh Ahmed Gumi are becoming more confident, and are irresponsibly mobilising opposition against declaring bandits’ terrorists.

“All the studies about insecurity and banditry in Nigeria only confirmed that the bandits operating in the North-West and North-Central have all the characteristics of terrorist groups.

Lukman noted that the current problems of insecurity and banditry in Nigeria is partly a direct consequence of the collapse of the country’s educational system, which is why there is estimated over 12 million Nigerian children out of school.