by Kakaaki Reporters
in Investigation, Politics
0 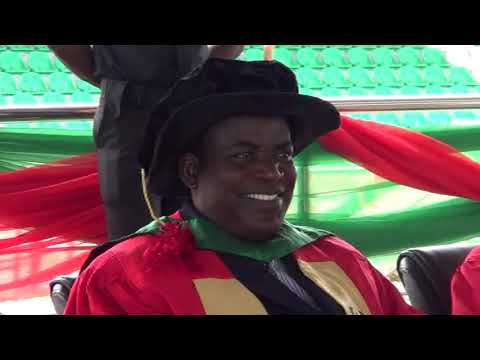 For the quick intervention of the Chairman, Kaduna State Independent Electoral Commission (KADSIECOM), Dr. Saratu Binta Dikko-Audu, a Professor of Political Science from National Open University, Professor Kamal Bello would have succeeded in getting the loser of election sworn in as winner of the just concluded Local Government Election in Kaduna State.

This Newspaper gathered that the 56 year old Professor, who was appointed Returning officer of Jaba Local Government, reported to the Local Government Government’s KADSIECOM office Saturday morning, took delivery of the original result sheets and fled to an unknown destination.

The Professor,  who after fleeing to an unknown place, announced a different result and took it to the KADSIECOM’s headquarters in Kaduna for submission even while elections was still ongoing at the Local Government of his primary assignment.

Sources at the KADSIECOM headquarters told this Newspaper that the Commission’s Chairman, Dr. Dikko who was visibly angry, rejected the result and ordered the Professor to return to the Local Government headquarters and announced the result.

“The Chairman was very angry with the Professor for indulging into such act and ordered him to return to the local government, collect result from the Ward Returning officers and announced the winner of the election.

Barrister Ndam Ribi Yem who was at the Local Government secretariat, also confirmed to the Newspaper how Professor Kamal fled the KADSIECOM office after addressing Ward Returning Officers via a waiting vehicle belonging to Federal Road Safety Commission (FRSC).

“The Professor left the KADSIECOM officer after taking delivery of the original result sheets with a promised to returned back to complete the election process. He did, only for us to see a video of him announcing election result from form God knows where. That act of Professor was unconstitutional and against the law, hence the need to inform the KADSIECOM Headquarters of his absconded. And he was replaced by the electoral Commission.”

Meanwhile, the newly appointed Returning Officer, Peter Enefola Omale had since declared Philip Gwada of the Peoples Democratic Party (PDP) winner of the election on Sunday at the KADSIECOM office in the Local Government Area in Kwoi, the headquarters of Jaba Local Government Area.

The returning officer said that Gwada scored 9,012 votes to defeat the candidates of the All Progressive Congress (APC), Mr. Benjamin Jock who polled 5,640 votes.

“Therefore, Hon. Philip Gwada of the PDP, having satisfied the requirements of the law and scored the highest number of votes, is hereby, declared winner of the election and returned elected,” he declared.

When contacted on phone via his Telephone line-08064417913, Professor Kamal said “you know I am a civil servant and not a Politician, I am not supposed to talk”.

When asked to give account of what transpired in the election, the Professor quickly dropped the call and could not answer further calls put to his line.