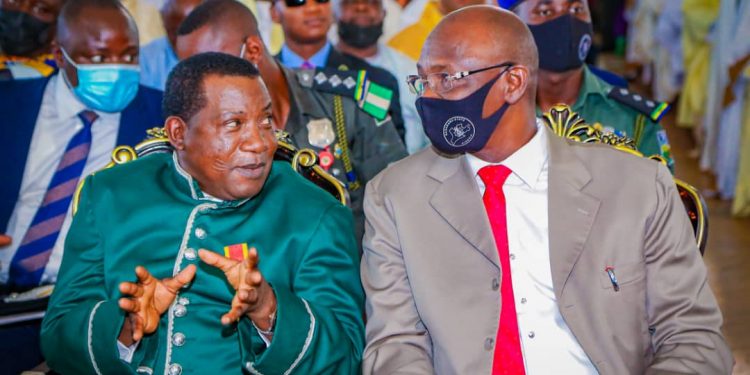 Nasarawa State governor, Engineer Abdullahi Sule, has identified religious tolerance, as panacea for peaceful coexistence, even as he urged Nigerians to return to God, as a way out of the present challenges confronting the country.

Engineer Sule made the call during the episcopal ordination and installation of Rt. Rev. Monsignor David Ajang, as the new Catholic Bishop of Lafia, Diocese, on Thursday.

The governor, who spoke in the language the congregation at the St. Williams Cathedral, in Lafia, venue of the ordination, understood, cited copiously from the scriptures, stressing that, for peace to reign in the country, it’s very important, Muslims and Christians, not only understand each other but also respect each other’s religion.

According to Engineer Sule, what the country needs now, is for Nigerians to return to God and for adherents of the two prominent religions, to pray for the leadership, beginning with President Muhammadu Buhari, to the governors, as well as the security agencies, with a view to resolving the challenges confronting the country.

“The reality is that, we cannot continue as a nation, without turning to God, because in Psalm 3:3, God said He is our shield and the lifter up of our head,” he said.

The governor then cautioned the laity not to make politics a do-or-die affair, adding that only God gives power to whom He choose.

The governor recalled how as a student without scholarship in the United States, he lived in a Catholic parish, studying and working to support his education.

While assuring the new Catholic Bishop, of the support of his administration, Engineer Sule, reminded Rt. Rev David Ajang, that God is with him and will continue to lead him.

Also speaking, Plateau State governor, Simon Bako Lalong, who couldn’t hide his excitement for witnessing the event, on behalf of the people and government of his state, thanked God, for calling Rt. Rev David Ajang, into the exalted office of a bishop.

In a vote of thanks, the celebrant, Rt Rev David Ajang, expressed gratitude to God for the many blessings in his life, stressing that, it was God’s wisdom for him to become the new Catholic Bishop of Lafia.

The new Catholic Bishop of Lafia, thanked all those who took time to attend his ordination.

Until his recent to appointment, Rt. Rev Ajang was the chaplin for six years, at the Plateau State Government House Chapel, in Jos.