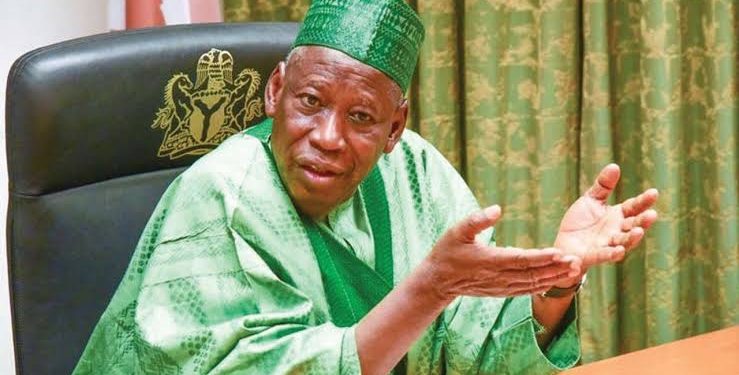 Governor Abdullahi Umar Ganduje of Kano State has pledged the support and commitment of his administration towards the planned concession of the Kano Free Trade Zone (KFTZ) by the Federal Government to be executed by the Bureau of Public Enterprises (BPE).

Receiving officials from the Federal Ministry of Industry, Trade and Investment and the Bureau of Public Enterprises (BPE) on a courtesy call on him at the Kano State Government House on Tuesday, June 22, 2021, the Governor noted that the concession of the facility was timely as it would boost trade in the state and Nigeria at large.

This was contained in statement by spokesperson of BPE, AminaTukur Othman

that the delegation was led by the Minister of the Federal Ministry of Industry, Trade and Investment, Otunba Niyi Adebayo, represented by the Permanent Secretary in the Ministry, Dr. Nasir Sani Gwarzo, the Director General of the Bureau of Public Enterprises (BPE), Mr. Alex A. Okoh, the Head, Kano Free Trade Zone in the Ministry, Hajia Yagana A. Hassan and Director, Infrastructure & Public Private Partnership (I &PPP) at the BPE, Mr. Amaechi Aloke.

In his presentation, the Director General of the Bureau of Public Enterprises (BPE), Mr. Alex A. Okoh said when concessioned, the FTZ would bring in an export value of $2bn by 2027, adding that it would also become the destination choice for agri-business, leather and textile companies.

He specifically said the Zone would achieve the following:

Integrated textile and garment manufacturing as well as visioned to be fully integrated and reliable supplier network, Partner of choice with large agri-business companies and integrated and strong logistics and distribution capabilities to urban centres in the South.

Okoh said the Zone is further visioned to create jobs, promote exports, improve infrastructure development, boost growth and upgrade skills even as he added that the Federal Government plans to transform two of its two FTZs from their current poor state into world standards.

He said the rationale for the proposed reform arose from poor and inadequate infrastructure, poor investment attraction and low capacity utilization and that the concession strategy involves “ no divesture of shares in any form”, stressing that the Bureau had in the past adopted the strategy for some of its key national facilities which are performing well and contributing massively to Nigeria’s economy.

The Director General solicited the participation of the Kano State Government in the concession by partnering with other private sector firms as a consortium with the state equity not exceeding 24%.

He, thus, sought these from the Kano State Government: Land title(262,01 hectres of land being occupied by the KFTZ that is yet to be perfected as well as additional hectres of land;

Collaboration between the Federal Government and Kano State for the development and maintenance of the external infrastructure surrounding the Zone; and

Continued patronage by the Kano State Government by increasing the number of leases it operates currently for various businesses within the FTZ.