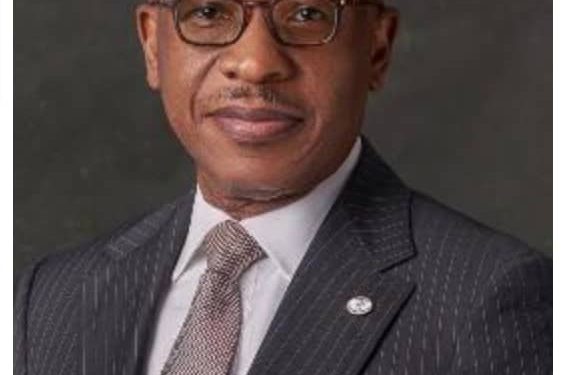 The Federal Government is committed to providing the enabling environment and necessary support for all privatised enterprises in the country to perform optimally so that the objectives of privatisation would be realised, Director General of the Bureau of Public Enterprises (BPE), Mr. Alex A. Okoh has said.

Speaking at the Handover of the Certificate of Occupancy (C of O) of Ikorodu Bricks and Clay Limited (IB & CL) to the core investor- Continental Project Development & Supplies Ltd. (CPDSL) in Abuja on Wednesday, June 2, 2021, Okoh gave the following conditions for the handover: Execution of revised Performance Agreement which was submitted by the core investor in May 2021. The Bureau will monitor the implementation of the Post Acquisition Plan (PAP) to ensure strict compliance; and·

This was contained in a statement by AminaTukur Othman

Head, Public Communications that the core Investor to note the addendum to the Share Sales/Purchase Agreement (SSPA) which prevents the Core Investor from the sale or disposal of part or the whole Shares or land of the company without the prior notice and approval of the Bureau.

The Director General implored CPDSL to revive the company and bring it to profitability in the shortest timeframe and for the benefit of Nigerians.

Responding, the company’s Group Chairman, Prince Albert Awofisayo said the company would abide by the reviewed Share Purchase Agreement (SPA) to resuscitate the company to generating employment in Nigeria.

He appeal to the Federal Government to intervene in the power supply to the company as the cost of generating power by the company was expensive.

It would be recalled that Ikorodu Bricks & Clay Company, wholly owned by the Federal Government of Nigeria was privatised through a core investor sale in 2006.

The company was acquired 100% by Continental Project Development & Supplies Ltd. (CPDSL) through a competitive bidding process.

Through the post transaction monitoring exercise, it was discovered that IB&CL stopped operations few years after privatisation due to the core investor’s inability to raise capital to finance the operations, thus the company was listed among the non-performing Enterprises.

Thus, the company was listed as one of the non-performing enterprises and in the quest (through the Committee set up for non-performing enterprises) to identify the challenges inhibiting performance, CPDSL stated the inability to raise capital to finance its operations as part of its challenges and thus approached the Bureau to secure Certificate of Occupancy (CofO) for the company to enable them secure financial facility to resuscitate the company.

The Bureau consequently approached the Federal Ministry of Works and Housing to secure C of O for the company and the Ministry requested the Company to pay for the ground rent for the facilitation of the title document, prompting the Bureau to intervene and requested for a waiver to enable the company secure necessary finance to turn around the company to profitability.

Consequently, President Muhammad Buhari magnanimously granted the waiver of the fee, and directed the Bureau to ensure that the Core Investor undertakes to revive the company after the waiver is granted.

Workers'strike: Govt and organized labour in dialogue in Nasarawa