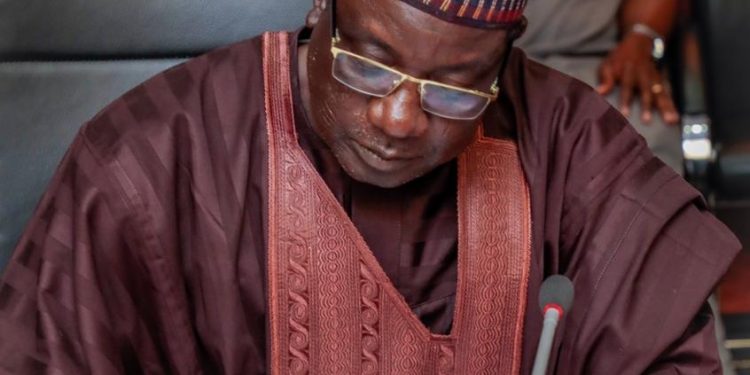 Governor Simon Lalong Of Plateau has earmarked the sum of N250m for the  and management of ranches across the State.
This is just as the Governor has charged revenue collectors to generate the sum of N21b within the year 2020, to enable the State government implement her policies and programme.

Commissioner for budget and economic planning of the state, Mr. Sylvester Wallanko, stated this during budget breakdown on Monday at the state Secretariat, in Jos, Plateau state.

Meanwhile, the sum of 29.71 billion Naira was said to have been expanded on salaries, pension and other personnel cost during the out gone year 2019 budget.

The year 2020 budget has budgeted 78,596,726,020.00 for capital expenditure.
There was no specific amount mentioned to have spent on the alleged relocation of the Internally Displaced Persons IDP’s in year 2019.

The year 2020 however, earmarked 300 million naira for the acquisition of relief materials and rehabilitation of internally displaced persons, IDP’s.

The comnissioner noted that tgere will be creation of development areas, set to engulf the sum of 300 million naira. Another 300 million naira is also earmarked for procumbent of security equipment for the state, to help fight crime.

The commissioner said the budget will be founded through internal revenue generation and loans. He charge all citizens in the state to cooperate with government to enable them succeed and achieve set goals.