I will contest for President in 2023-Yarima 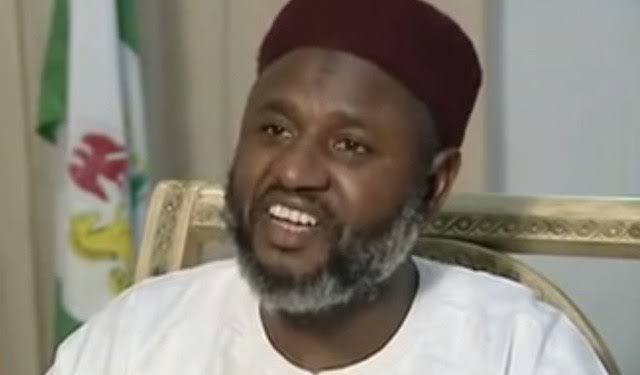 Former Governor of Zamfara State, Senator Ahmad Sani Yeriman Bakura has expressed his interest to contest for the seat of President in 2023 election.

He said there are various political groups from different parts of the country that approached him to contest for the number one seat, adding that after wide consultations, he made up his mind to contest for the position of the presidency in 2023.

He said that after serving as a Governor for eight years, there is no higher position to contest for, than to either contest for position of the president or Vice President.

The Former Governor said APC has set a standard of producing a presidential candidate through direct primaries, saying that he will employ grassroot campaigns to succeed as the people are now looking for a candidate that has something to offer the country than money.

” If elected as president, i will fight poverty and create employment opportunities as well as provide infrastructures in order to address the basic problems affecting the socio economic development of the country.I will also support the idea of privatizing government properties for infrastructural developments like roads, electricity and so on”

“ I assure you once there is circulation of cash flow in the country, people will not struggle to pay their electricity and toll gates bills because strategies have been set in place by the government to fight poverty and all its ramifications”

“Even though President Muhammadu Buhari has done his best for the country, every government comes with it challenges, but I will advise the government to do more in fighting poverty and unemployment, by doing this, it will reduce to the bearest minimum, problems such as insecurity and other threats affecting the development of the country” he said

On the Political tussle in Zamfara State, the former Governor said that it is very clear that God is the one who gives power to whom he will, pointing out that Governor Matawalle under the PDP is the will of God for the people.

” We are one family, the present Governor is my former commissioner and because of one reason or the other, he defected to PDP .I am happy the Islamic legal systems I first started is still addressing social vices like gambling, rampant beer parlors, harlots houses and many others in the state” he said