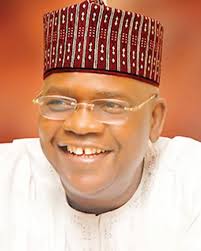 A witness, in the alleged N25 billion fraud case against former Gombe State Governor, Danjuma Goje has exonerated the former Governor of any wrong doing in the N5 billion Loan facility obtained from Access Bank.

The witness, Ifesineke Owafil, told the Federal High court sitting in Jos, on Tuesday evening that no penny of Gombe State N5 billion Loan facility obtained from Access Bank entered into the former governor’s account was facilitated by him.

Goje, a serving senator has been facing an 18- count charge of conspiracy and money laundering since 2012 along with one  Aliyu El-Nafarty (former Chairman, Gombe State Universal Basic Education Board), Alhaji Sambo Mohammed Tumu (the ex- governor’s cousin and food supplier to Government House) and S.M. Dakoro, a businessman.

According EFCC, they were alleged to have conspired to defraud the state of about N25 billion which represented proceeds of illegal acts, contrary to and punishable under Sections 15, 16, 17, 18 and 19 of the Money Laundering (Prohibition Act) 2011 as amended.

On Tuesday, the Prosecution witness, Mr Ifesineke Owafil, Compliant Officer, Access Bank Plc, told the court presided by Justice Benjamin Quadiri in his testimony that the loan facility obtained by Gombe was disbursed to various banks and not to individuals.

Mr Wahab Shittue, the EFCC’s prosecuting Counsel, who had led the Prosecution witness in confirming documents obtained from the bank, tendered the bank statements through which the loan was obtained and disbursed.

The witnessed testified to all the documents and so they were accepted in evidence by the court.

Owafil, who was been cross examined by Chris Uche (SAN), Counsel to Goje, said that the loan facility came in four tranches and distributed to different banks.

When asked whether during the disbursement at any point see where money was transferred in Goje’s or any of the accused’ names, the witness said, “no I didn’t see it.’’

“I didn’t see it; I have told you that our bank, Access bank Plc, granted the loan facility after the former administration met the conditions of the bank.

“The money entered entered into two accounts of the state, FAAC and Capital Project accounts, which thereafter were disbursed to various banks, ’’ the witness explained.

He told the court that the then administration had met the eight loan condition before it was granted and had never at any time had problem with the state.

When asked the loan was meant for as contained in the government’s letter to the bank, Owafil eaplain that “it was meant for the development of the state with infrastructures such as Gombe International Airport and Hospital, Tudun Wada water projects among others.

Owafil also confirmed that at his bank did not have any challenge with the transaction and never complained to EFCC or any authority to his knowledge.

A "FEDERATION" AT THE TIP OF A CLIFF