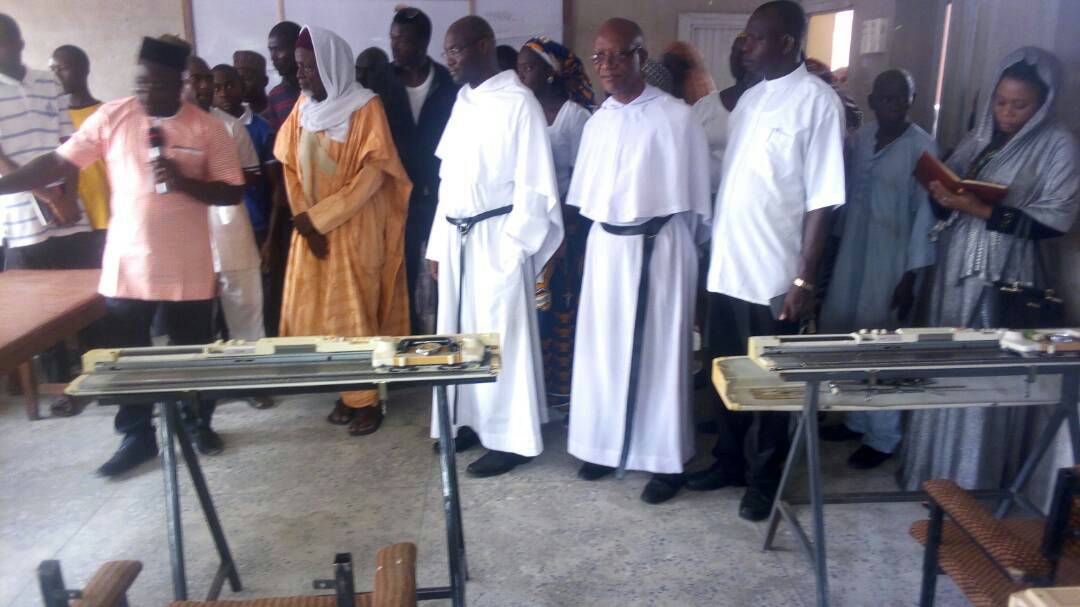 Briefing Journalists in Jos in Plateau state on Thursday, the institute’s programme coordinator Dr. Godwin Okoko, said the initiative will go a long way in trauma healing and rehabilitation of victims of insurgents.

Dr. Okoko, stated that beneficiaries of the programme were chosen without any of discrimination including religion.

The programme coordinator said the beneficiaries will also be trained in financial literacy to enable them manage their businesses effectively after graduations from the vacational centre.

Dr. Okoko revealed also that he has concluded plans to establishe similar vocational centre in other prone insecurity states, which include Kaduna, Benue and Osun states to mitigate on negative effect of crisis affecting citizens.

The clergy in charge of the centre Rev Fr John Abubakar, said the institute is meant to training victims of insurgents to become self reliance.

The catholic priest stressed that beneficiaries of the institute will be assisted with funds to start up their businesses on completion of training.

It was gathered that the victims will be trained in Metal fabrication, Aluminum works, Hair dressing, Knitting, Shoe making/ Leather works Catering and Decoration, among others.

Already, 250 of the victims were enrolled into the programme during the commissioning.

The beneficiaries of the programme were selected from various IDP camps within Maiduguri, the Borno state capital.

Representatives of the Christian Association of Nigeria CAN, Jamaatu Nasir Islam JNI, civil societies as well as the Vicar General of the Maiduguri Catholic Diocese witness the event.

'70% of Women in Kaduna Gives Birth at Home'