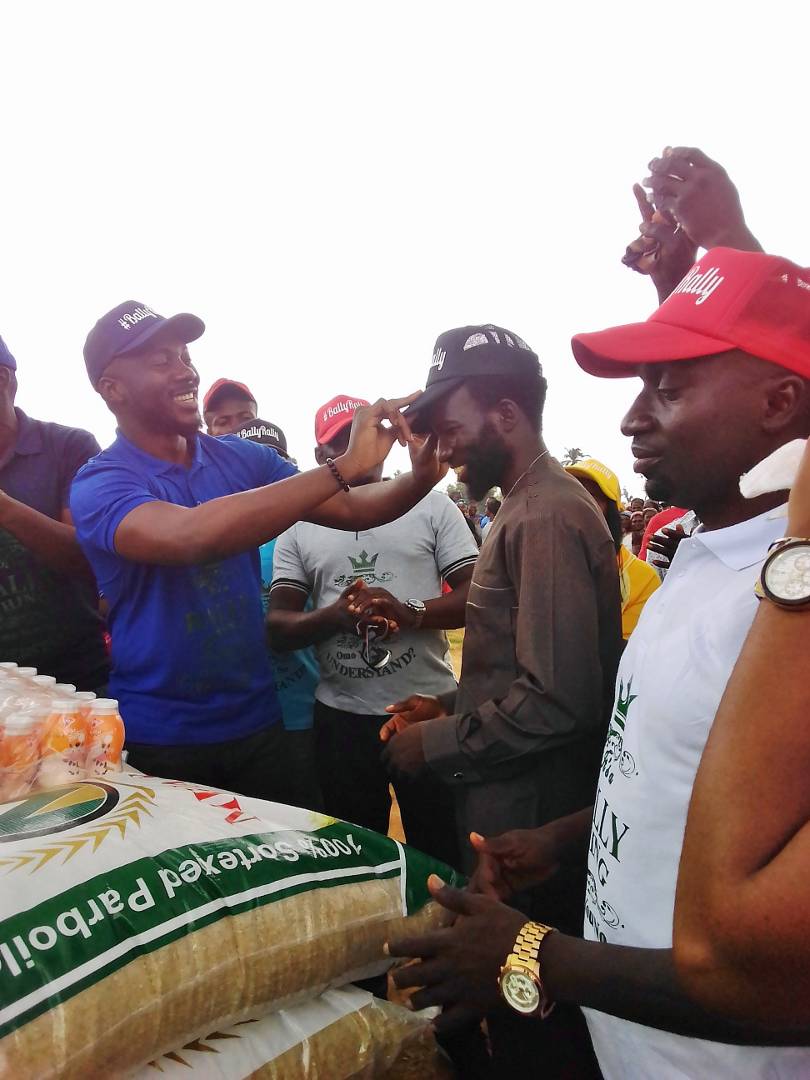 The former Big Brother housemates who was in Southern Kaduna Internally Displaced Persons (IDPs) camp in Kafanchan along with members of the Bally Rally Movement, also donated relief materials including food items to 2,574 persons who have been displaced by the insurgents in the area.

Fielding questions from Journalists at the IDP Camp said the scholarship was necessary in view of the need to transform the society.

‘’Education is key, it is also important to teach this young Women and Children some skills acquisition that will make them self-reliant. When you have something doing it will project you to somewhere.

‘’Those who are into art and craft which is my field will be help to blow them beyond Kaduna State.  We have entertainers and actresses in our movement. Before we kick start the Bally Rally Movement, we plan to come back here and stage a peaceful concert were we shall invite everybody in the Community to come together to spread the message of peace and love,’’ Bally added.

‘’The potentials of our teaming Youth in Southern Kaduna has remain untapped; it is time to explore them in the face of the earth.

‘’What we are doing also is to spread peace across which is relevant in our existence as a people, for without peace we can achieve our desired goals,” he added.

The co-ordinator of the IDP Camp, Pastor Gideon Mutum talked about the hardships been experienced in the camp.

He said, the IDPs have” suffered neglect by the present administration despite the ugly calamity that befalls this innocent People who lost their Properties worth billions of naira adding, Children between the ages of 1-5 have forcefully became orphans, married Women between the ages of 18 and 25 are now Widows and helpless in the face of the earth.”

‘’The move to set this camp was inspired between and me and my wife to provide succour and ensure they are not neglected. We have a total registered of 2,574 IDPs and a total of 461 households in our camp,’’ Mutum disclosed.

Bally who visited Agwam Fanstwam, His Highness Musa Didam said,’’ We are here as your Children, we find it pertinent to pay you a visit and to also condoled you on the ugly incident that befall the land before we proceed to the IDP camp to donates relief materials to alleviate their plight.